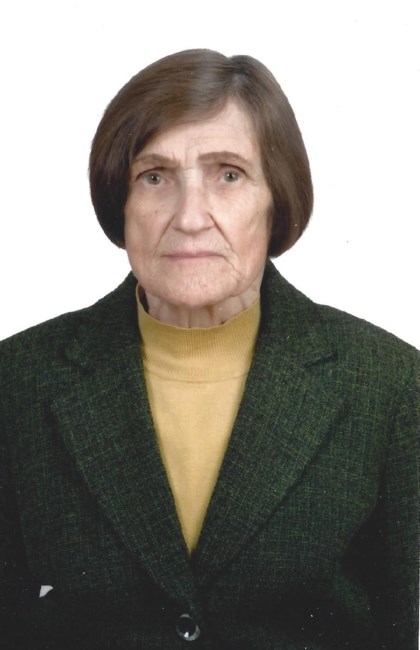 Terezia Engyel March 12, 1928 - January 19, 2022 Terezia Engyel, a devoted Roman Catholic, passed away peacefully at home on January 19, 2022. Predeceased by her husband, Julius. Survived by her sons, Jules, and Steve (Sylvie Larocque) and her grandchildren, Nikolas and Mackenzie. Terezia immigrated to Canada from Hungary following the Hungarian Revolution having obtained her RN credentials and working as a public health nurse in Hungary. Her first nursing position in Canada was with St. Rita's Hospital in Sydney, Nova Scotia and later moving to Toronto to work as an RN with Queen Elizabeth Hospital and Toronto General Hospital. Terezia changed careers midlife to become and early childhood educator, after going back to school when it wasn't totally fashionable to do so; Terezia worked as an early childhood educator until her retirement. Due to the current pandemic, a private funeral mass will be held for family members only. Fond memories and expressions of sympathy may be shared at www.kanejerrettnorthyork.ca for the Engyel family.
See more See Less

In Memory Of Terezia Engyel