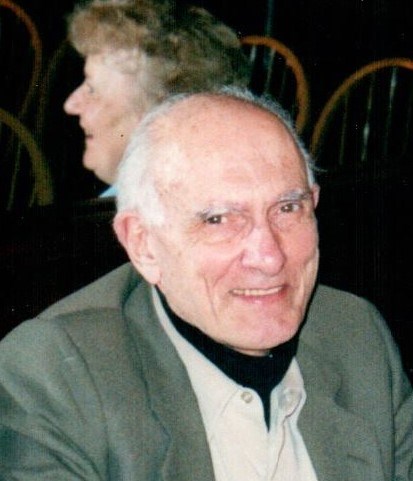 On Monday, December 7, 2020, Nicholas A. W. Piccione, loving husband and father of three children, passed away peacefully at the age of 89. His daughter, Kathleen, was at his side. Nicholas was born on April 20, 1931 in Brooklyn, New York to Eustace and Virginia (Severino) Piccione. He grew up in Brooklyn and received his BSME degree from New York University Polytechnic. After working briefly as a mechanical engineer in the aerospace industry, Nicholas became an educator; he initially taught Math at St. Augustine’s High School, and then Math and Physics at Hasbrouck Heights High School, New Jersey for thirty years. On July 2, 1960, Nicholas married Patricia Anne Gordon. They moved to North Bergen, New Jersey, where they raised their son, Robert, and their two daughters, Maryanne and Kathleen. Nicholas had a passion for mathematics and education. He loved to challenge himself and those around him with difficult math problems. After officially retiring from teaching in 1996, he dedicated thousands of hours as a volunteer tutor at Hudson County Community College community where assisted countless numbers of students, many who were new to the USA and had difficulties communicating in English. He was an avid collector of rare books and publications on mathematics and science. A lifelong Catholic, Nicolas attended mass several times a week at his neighborhood parish of Our Lady of Fatima in North Bergen where he was also a dedicated member of The Fourth Degree Knights of Columbus Council 15958. He was known for his quick wit, a hearty chuckle, and his kind and compassionate spirit. Nicholas was preceded in death by his parents, and his loving wife, who passed away in 2019. He is survived by his three children, Robert Piccione, Maryanne Honan (Patrick), Kathleen Krolak (Keith), his four grandchildren Caitlin Piccione, Fiona Honan, Kayla Krolak and Kiernan Krolak, his cousins Susan Trammell and Patrica Kelly, and his goddaughter, Lisa Pappagallo Heath. During his final years in North Bergen, Nicholas was frequently assisted by his generous and caring neighbors, for which he and his family were most appreciative. Visitation will take place at Leber Funeral Home, 2000 John F. Kennedy Boulevard, Union City, NJ from 4 to 8pm on Monday, December 14th, 2020. A funeral service will be held on Tuesday, December 15th, 2020 at Our Lady of Fatima Church in North Bergen at 9:30 am followed by a graveside interment at St. Charles Cemetery, Farmingdale, NY. Due to current regulations necessitated by COVID 19, all visitors will be required to wear masks and practice safe social distancing. The family of Nicholas Piccione is planning to hold a memorial in 2021 to celebrate his life. Information for the event will be available through the family when planning is complete.
See more See Less

In Memory Of Nicholas A. Piccione