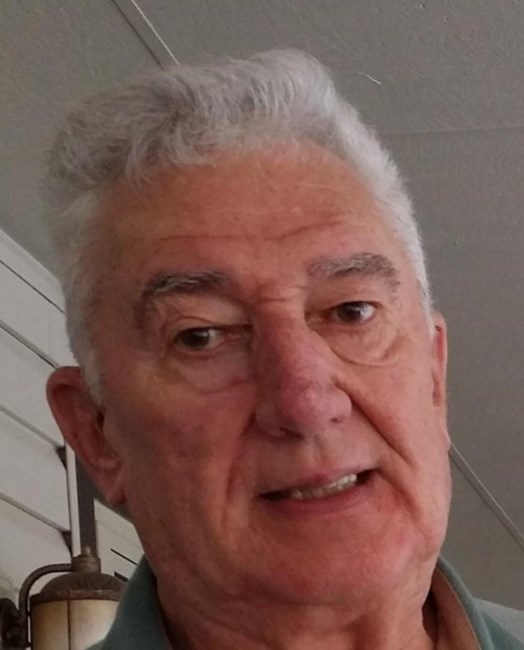 Gary was born in St. Louis, Missouri, where he left home at 17 to join the Air Force. After 8 years, he left the Air Force in San Antonio, TX and went to work for the City Water Board (SAWS), where he retired after 36 years. A self taught musician, he began playing in bands while stationed in Japan. In San Antonio he played in several bands, beginning with Denny Ezba and the Goldens, and ending with Shiloh, a band formed by Gary and Dean Bell. They played military bases all over the state, and as front groups for artists such as Ernest Tubb, Barbara Fairchild, Bellamy Brothers, Johnny Bush, Freddy Fender, and many others. In the late 60’s Gary owned a bar, and was a Reserve Bexar County Sheriff’s Deputy. He and Betsi enjoyed traveling in the RV, reading, chili cooking, taking cruises, and partying with friends from SAWS, CPS, and VFW Post 2059. While having many dogs and cats over the years, he leaves behind his very special friends Sparkle and Pretzel, who were very much “daddy’s girls”. Gary is predeceased by his brother Bud Armistead (Winnie), sister Frances and husband Rudy Simanek, first wife Marilyn, and infant son Gary W. Armistead Jr. He is survived by his wife of 46 years Betsi; son Paul (Shanon), grandchildren Colton and Maggie, and brother in law Rusty Wilson (Cody Holt). In lieu of flowers, donations can be made to texasmusicproject.org. Visitation will be held Wednesday Oct 12 at 10 a.m. Colonial Funeral Home, 625 Kitty Hawk Rd., Universal City, TX 78148. Internment to follow at Ft. Sam Houston at 1:30 p.m.
See more See Less

In Memory Of Gary Wesley Armistead