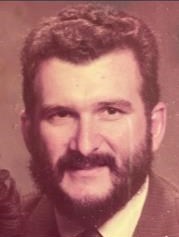 Howard Allen Benavides Sr., 74 was called home to the Lord on the 4th of September 2020. He is survived by His wife Sylvia R. Benavides, 2 sons Joseph Benjamin and Howard A. Benavides Jr. [Melissa, Kyle Allen and Dean Allen], Step-son Daniel, Brother Roy C. Benavides [Laurie, Natalie, Emily and Abigail], Sister Sandra Benavides-Penny and numerous family, cousins and friends. Howard is preceded in death by his Parents Roy Winn Benavides, Marjorie Graf Benavides and daughter Cecilia Ann. He was a decorated Veteran of the US Navy and the US Naval Reserves. He had 2 tours in Vietnam while serving aboard the USS Monticello [LSD 35]. He was also proud to have been a member of the US Naval Construction Battalions known as the Seabee’s. He was a member of NCB22 in the San Antonio area. He received the following decorations during his time in the US Navy. National Defense Service Medal, Navy Rifle Marksmanship Ribbon, Navy Meritorious Service Medal, Navy Good Conduct Medal, navy “E” Ribbon with “E” device, Navy Meritorious Unit Commendation, Combat Action Ribbon, Vietnam Service Medal and the Republic of Vietnam Campaign Medal. Howard was proud to have served his country in the US Navy and loved all things related to the Navy and “His ship” the Monticello. Howard had also received orders to go to the Gulf War however, those orders were cancelled prior to him shipping out. He was also proud to have served his community as a Volunteer Firefighter. He served at Harmony Volunteer Fire Department then moved to the Kirby Fire Department. He received many hours of training and was willing to learn new firefighting techniques. He also worked part-time for many years at the Alamodome. He started as an Usher and Ticket Taker and was promoted to Usher Supervisor and Floor Supervisor. He was an active member of the Converse Citizens Police Academy Alumni Association. He served terms as Vice President and Then President of the Association and was also a Life Member. He was an Active member of the Knight’s of Columbus. He was a Third Degree Knight as well as served as an Outside Guard within the St. Joan of Arc Council 10181. He enjoyed spending time with his family and friends. In lieu of flowers, the family is requesting that donations be made to either the Kirby Fire Department or the Converse Citizens Police Academy Alumni Association.
See more See Less

In Memory Of Howard A. Benavides Sr.