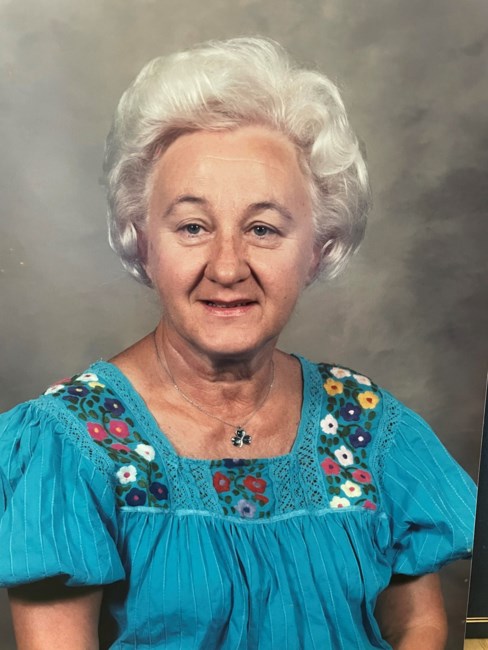 Jutta Lina Head was born April 18, 1931 in Gottingen, Germany. Her parents were Gustav and Minna Schafer from Bremke, Germany. She did not have any siblings. Jutta became a teenager in the midst of World War II in Germany. She faced many obstacles, including at the age of 15, the death of her mother and her father, a German soldier, captured in Russia. She had to raise herself. By God's grace she made her way into adulthood. When occupation forces came to Germany, Jutta met an American serviceman on duty in Germany, and married Kenneth Head in 1954. She loved being a military wife. She loved volunteering at the hospital and participating in the NCO Wives' Club. They left Germany and had several assignments before retiring. The first was Fairbanks, Alaska where their only daughter, Diane Jutta, was born. Their other assignments were Fort Hood in Killeen, Fort Polk in Leesville, Louisiana, Baumholder, Germany, and Fort Sam Houston in San Antonio. In 1969, Kenneth retired in San Antonio after a year in Viet Nam. He later reenlisted and went back to Viet Nam. When he returned he had various jobs around San Antonio. Jutta was raised Lutheran in Germany. In Killeen Jutta went to the First Christian Church and took Diane with her. That was the beginning of her faith journey. In Leesville, they went to the Baptist church. When they moved to San Antonio, they joined First Baptist Universal City in 1969. Jutta was active in her Sunday. School, adult choir, and senior's choir. She loved going to church. Because of her faith she raised her daughter to become a Christian. Diane and her husband J. Allen Berger raised her children to become Christians and now her grandchildren are raising her great grand children in the Christian faith. She leaves behind a legacy of faith. Jutta was active in her church. She was a soprano in the choir for many years. Jutta loved going to the pool and Canyon Lake. Jutta and Kenneth always had a dog and later a cat. They loved to travel and went to almost every state and many places in Europe. Jutta has two grandchildren, Lauren Elizabeth Headley and Jonathan Kimball Berger. Lauren married Hunter Headley. They have two children, Evangeline Lorae and Juliette Elizabeth and another girl on the way. Jonathan and Kim Berger live in Austin, Texas. Jutta was married to Kenneth for sixty years. After Kenneth died in 2015, Jutta moved into an assisted living facility in San Antonio. In 2017, Diane moved Jutta to Houston to care for her nearer to her home. She lived at Avenues of Fort Bend for five years until her death May 11, 2022.
See more See Less