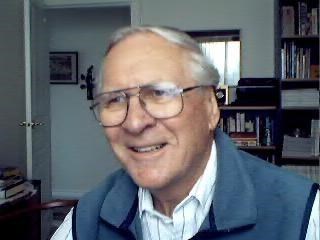 Professor Timothy (Tim) R. Parsons (OC, FRSC) passed away peacefully in the Saanich Peninsula Hospital on April 11, 2022 in the company of his family. Tim was one of Canada’s most eminent marine scientists and the recipient of many national and international awards and honours. He was born in Colombo, Ceylon (now Sri Lanka) on November 1, 1932. When his father passed away suddenly, the family returned to England where Tim spent his childhood and completed his early school education at Christ’s Hospital, a public school. In 1949 at age 16, he travelled alone to take up a scholarship in agricultural studies at Macdonald College, part of McGill University. After receiving a B.Sc., he moved to McGill’s Department of Biochemistry in the Faculty of Medicine and completed his Ph.D. in 1958. His first employment was as a scientist at the Pacific Biological Station in Nanaimo, B.C., in the then-emerging field of oceanography. After several years in Nanaimo and following a two-year stint at UNESCO in Paris, Tim entered academia to become a Professor at the University of British Columbia. Following retirement in 1992, Tim and his wife Carol (also an oceanographer) travelled extensively, teaching in Taiwan, the People’s Republic of China, Malaysia, Chile, and Japan. Tim was the author of numerous publications and textbooks, he took part in many scientific expeditions, and he was a wonderful mentor and friend to his students, colleagues and international collaborators. He became a Fellow of the Royal Society of Canada in 1979 and an Officer of the Order of Canada in 2005. In 2001, he became the first and only Canadian to receive The Japan Prize (Japan’s equivalent of the Nobel Prize) for his work in biological and fisheries oceanography. In 2005, the Dept. of Fisheries and Oceans established a medal in his name, the Timothy R. Parsons Award, which is awarded annually to an outstanding scientist in ocean sciences. Despite a busy life in science, Tim also was able to develop his diverse interests in poetry, tennis, carving, bridge and, in his younger years, hiking, skiing and the tango. Tim was predeceased by his daughter Stephanie and son Peter. Tim is survived by his loving wife Carol, daughter Allison Krause and son-in-law Wayne Krause, daughter-in-law Tracey and her husband Bob Boudot, and his first wife Anne. He leaves three grandchildren, Ashley, Brenna and Matthew. In accordance with Tim's wishes, no service will be held. Condolences and memories may be posted at the First Memorial website https://www.dignitymemorial.com/obituaries/victoria-bc/timothy-parsons-10707768 Fond memories and expressions of sympathy may be shared at www.firstmemorialsaanich.com for the PARSONS family.
See more See Less

In Memory Of Dr. TIMOTHY PARSONS