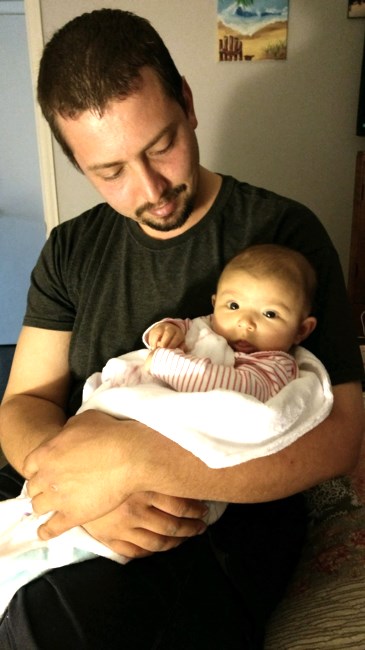 John Curtis Woodside, a great friend, son, brother, and uncle, died unexpectedly on August 18th, 2020 at the age of 32. He died the way he lived, rushing to the aid of others in need. He was an avid computer enthusiast, truck driver, and beer connoisseur. He lived life passionately, never ashamed to share his newest interest with others. Guided by his conscience and morals, he was always prepared to help anyone who needed it. He was a kind, loving, and good-natured man who was driven by his heart at all times. John lived through his love for others and his natural curiosity. He was always tinkering on a new passion project, hoping to discover something novel that he could share with those he cared for. He was full of life and love, happy to share his heart with the people close to him. John was born June 6th, 1988 in Devil’s Lake, North Dakota. He lived in Seattle, Washington, and Kalispell, Montana before growing into a great man in Virginia Beach, Virginia. He attended school to become an HVAC technician before landing on his final career of truck driving. He was predeceased by his father, Daniel Woodside. Also his maternal grandmother, Patricia Ripplinger; paternal grandparents, Donald and Gloria Woodside; and his aunt, Denise Woodside. He is survived by his mother and stepfather, Carla and Ian Gordon; his 2 brothers, Ayden and Joseph; and his sister, Sarah. He was the proud uncle to his niece, Samira. He is also survived by his chosen brother, Jeff Swett; maternal grandfather and namesake, Raymond John Rippingler; and many extended family members in Washington, North Dakota, and Virginia. His family is holding a memorial service to honor the life of John on Sunday, August 23rd, 2020 at 2 pm, and will be hosted at Rosewood-Kellum Funeral Home. To honor John’s memory and embody his giving spirit, his family will be hosting a food drive at Rosewood-Kellum Funeral Home. Please feel free to bring any canned goods and non-perishable food items to his service on Sunday.
See more See Less

In Memory Of John Curtis Woodside