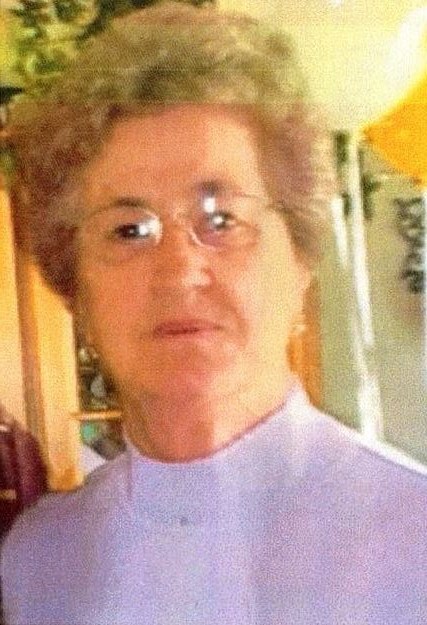 Anna Carter of Winslow, ME, passed away on January 17, 2022, at the age of 87. She was born in Neidenbach, Germany to a family of 15 children. Anna had a rough start in life, as she grew up during WWII. As a woman in her twenties, she worked for American military families at Bitburg Air Force Base and spoke fluent English. There she met a handsome Airman named Roland whom she fell in love with. They would later marry and move to the United States. Anna became a citizen and lived the American dream. She and Roland traveled the world and the States, making many friends and enjoying life. They were even blessed to visit relatives in Germany several times. Anna was a loving wife, mother and grandmother who spent her life caring for her loved ones. She was an amazing cook who loved to feed everyone, especially those in need. She crocheted, knitted scarfs and made blankets for family and friends. In her younger years, she sewed herself and her daughter matching beautiful dresses and pantsuits. Anna also baked and decorated special occasion cakes. Anna is preceded in death by her husband of 51 years, Roland S. Carter and her sons Jeffrey Carter and John Carter. She is survived by her daughter, Jennifer M. Foust and her husband Joey and their two sons, Derek and Jason LaRocque, from Chesterfield, VA; her son, Joseph Carter and his wife Carla of Fairfield and their daughter Tia Timmins, husband Eric and grandson Ethan of Benton; as well as her grandchildren Jerrit, Ryan, Sarah, and Amanda Carter. Anna’s funeral will be determined at a future date, where she will join her husband at the Maine Veteran’s Cemetery in Augusta, ME. In lieu of flowers, prayers would be greatly appreciated. Arrangements are entrusted to Veilleux and Redington Funeral Home, www.VeilleuxFuneralHome.com
See more See Less

In Memory Of Anna Carter