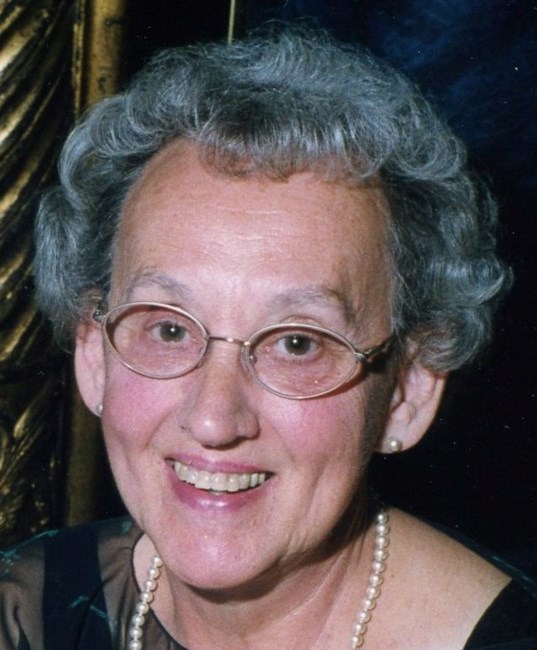 Ruth V. Fredette, 90 Waterville - Ruth V. Fredette of Winslow died April 17th, 2017. She was born in Waterville on December 7th, 1926, the daughter of Gustave and Eva (Boulette) Veilleux. She was educated at St. Francis De Sales School and graduated from the Academy of St. Joseph in South Berwick, ME on June 17th, 1944 and The New England Institute of Mortuary Science in Boston in 1947. She and her husband bought Veilleux Funeral Home in 1962, which they owned and operated until retiring in 1997. She was active in the Parish and a Eucharistic Minister for many years. She and her husband both joined The Maine Funeral Directors Association in 1953. Ruth was the oldest licensed lady Funeral Director in Maine. She is survived by her two sons: Paul Fredette and his wife Shari of Pemaquid; John Fredette of Winslow; two grandchildren: Jessica McQuillan of Waterville; Jeremy Fredette of Albany, ME; two great-grandchildren: Matthew Jolicouer of Waterville and Oliver Fredette of Albany, ME. Ruth was predeceased by her husband Edward, her parents, her sister Lorraine Rousseau and her husband Francis, her brother Germain John Veilleux and his wife Jacquiline. Visiting hours will be held Wednesday, April 19th from 4:00 – 8:00 p.m. at Veilleux Funeral Home, 8 Elm Street, Waterville, ME 04901. A Mass of Christian Burial will be celebrated at Notre Dame Catholic Church, 112 Silver Street, Waterville at 11:00 a.m. on Thursday, April 20th. Burial will follow at St. Francis Catholic Cemetery78 Grove Street, Waterville, ME. Please visit www.veilleuxfuneralhome.com to share condolences, memories and tributes with her family. In lieu of flowers, donations may be made in Ruth’s memory to: Servants of the Blessed Sacrament, 101 Silver Street, Waterville, ME 04901.
See more See Less

In Memory Of Ruth V. Fredette