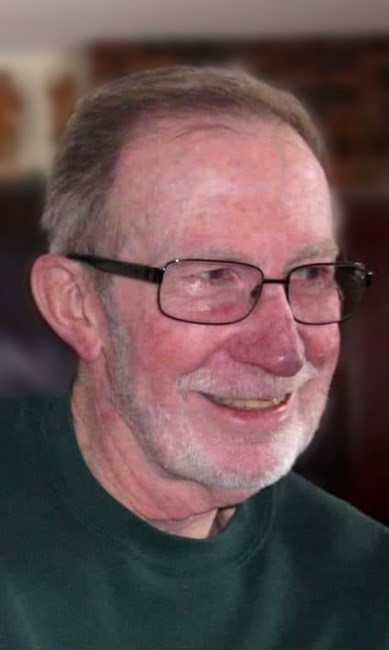 Maxwell Dow Monroe passed away September 15, 2021, at the age of 81, after a long, full and rewarding life, with his family by his side. Max was preceded in death by his wife, Sherry (nee Miller); daughter, Anita Modreske; and brother, Mark Monroe; Max is survived by his son, Max Monroe and his wife Cyndie (nee Shaddix), son, David Monroe and his wife Jennifer Gates; siblings James and Bob Monroe and their wives Pat and Kathy and their children, grandchildren (Ryan, Corey, Seth, Keely and Kassie) and great-grandchildren (Remi and Cheyenne).

Max was born September 16, 1939, in Traverse City, Michigan. He was the first child born to Robert and Gloria Monroe (nee Ghastin), who added three more sons to the family over the next several years: James, Bob and Mark. Through a safe but adventurous childhood in Traverse City, Max learned to love the outdoors while hunting, fishing, hiking, and camping with friends and family. As the oldest child, at an early age Max developed a strong sense of responsibility for the wellbeing of his brothers. Max attended high school in Traverse City where he participated in several activities including the gun and archery clubs. Momentously, it was also in high school where Max met the love of his life, and wife of over 50 years, Sherry (nee Miller).

After graduating from high school, Max began pursuing a life of purpose and meaning for himself, Sherry, and their growing family. Over his lifetime, Max distinguished himself in multiple areas.

Max was a public servant. Max joined the U.S. Marine Corps after high school and served honorably for four years in multiple locations around the world. After his honorable discharge from the Marines, Max continued to serve his country in the Naval Reserves where he served over two decades and achieved the rank of Captain. In later years Max was an active member of armed service organizations including the VFW and the American Legion. Simultaneous to his time in the Naval Reserves, Max served the U.S. Defense department in a civilian role, helping to ensure the security of the department's most sensitive resources, retiring from that role. In addition to serving his country, Max served his local community as a respected member of the Wayland City Council for many years.

Max was a Spartan. After his discharge from the Marines, Max worked to broaden his education, which eventually led Sherry and him to Michigan State University, where he completed a master's degree. Their time at Michigan State gave Max a lifelong passion for and loyalty to MSU in general, and Spartan sports in particular. Whatever the time of year, Max could often be found sporting the Spartan Green and White to ensure his friends and family never forgot the love he had for all things Michigan State.

Max was an athlete. Max took great pleasure in testing his limits in all aspects of his life. This included pushing his body to its limits through athletic pursuits. He was an avid and accomplished long-distance runner, cyclist, swimmer, and triathlete, completing multiple marathons and becoming an Iron Man along the way. In addition to achieving personal goals, Max took great pleasure in the friendships these activities provided him over the years. It also gave Max great joy to mentor younger athletes, and compete against his peers. He celebrated other people's accomplishments more than his own.

Max was an outdoorsman. Max enjoyed few things more than being outdoors...a passion he possessed from the very beginning growing up on the Boardman River in Traverse City, Michigan. With his close friend, Bob Meyers, his brother Jim, and others, Max spent any time away from school hunting, fishing, camping, canoeing, and hiking the woods or northern Michigan. His passion for the outdoors would extend later in his life to include scuba diving, kayaking, and bike touring.

Max was selfless. Over the years, Max was sought out for advice, counsel, and support by many young people who were considering a military career. Although Max was profoundly proud of his service, he was aware military life was not right for everyone. His clear-eyed counsel was always about helping young people choose the best path for themselves in the moment. He gave of himself in many ways throughout his life, including risking his own well-being by pulling an elderly couple out of the burning vehicle along the highway, for which he received a commendation.

Max was a family man. Max's commitment to his family was complete and unwavering, whether it was summer family trips to Traverse City, supporting Boy Scout and Brownie activities, attending and boostering for his kids' sporting events - including youth baseball, softball, basketball, football and others. Max and Sherry were either in the stands cheering on their kids or somewhere nearby selling food to generate funds to keep the sports going. In later years, Max would plan outdoor activities with his grandkids, including having one or more of the grandkids join him in an annual bike ride across the state of Michigan.

Max was a caretaker. When the health of his daughter, Anita (Nitz), declined, Max and Sherry helped their son-in-law, Dave, take care of Nitz - including coordinating and attending doctor's visits, providing meal support, and helping care for their kids. During the latter part of Max and Sherry's marriage, Sherry experienced declining health herself. Max embraced the opportunity to care for Sherry, and began personally attending to every need including cooking and cleaning, bathing and dressing, administering medications, coordinating doctor visits, and much more. After several years, when Max could no longer provide all the care Sherry needed at home, he turned to a local facility for support, but insisted on visiting every day, often more than once, to help feed Sherry, and share as much of their remaining time together as possible. As his own physical and cognitive health declined in recent years, Max handled the diminishment with characteristic grace, courage, and humor.

Max enjoyed life. Those who knew Max would agree that he took great pleasure in sharing the joys of life with others - including group bike rides, runs, and other get togethers. Max was also an avid reader, and was particularly fond of non-fiction books related to U.S. and Michigan history, as well as the military. Max enjoyed music, particularly bluegrass and early rock and roll. Max enjoyed travel, and was able to visit many parts of the world through the military and later with Sherry. Always curious for new things and cultures, Max was unafraid to try unique foods. He enjoyed his fair share of wine and scotch over the years.

Max was loved. Max was many things to many people during his long, rich, and accomplished life. But most importantly, Max was loved, respected, and admired by many with whom he served, worked, and played; he treasured these relationships. Whatever he was doing, Max lived with enthusiasm, integrity, and decency. He was high on compassion and low on judgment. He was always interested in and optimistic about the world despite the personal tragedies he experienced. He was generous with his friendship, his wisdom, and his time. Even with all his many interests, passions, and accomplishments, Max will be remembered most for the generosity of his spirit, the curiosity of his mind, and the compassion of his heart. Max will be missed by many, but the memory of the way he lived will continue to inspire those who knew him.

A visitation will take place 10:30 a.m. - 1:30 p.m. Saturday, September 25, 2021 at Kubiak-Cook Funeral Home - Wayland Chapel, 312 N. Main St., Wayland, Ml 49348 (269-792-2237). A private burial service will be held after the conclusion of the visitation. If you want to honor your memory of Max, in lieu of flowers, please consider a donation "IN MEMORY OF" Maxwell D. Monroe to the Wounded Warrior Project. The family welcomes memories and messages in their guest book online at www.kubiakcookwayland.com.

In Memory Of Maxwell Dow Monroe