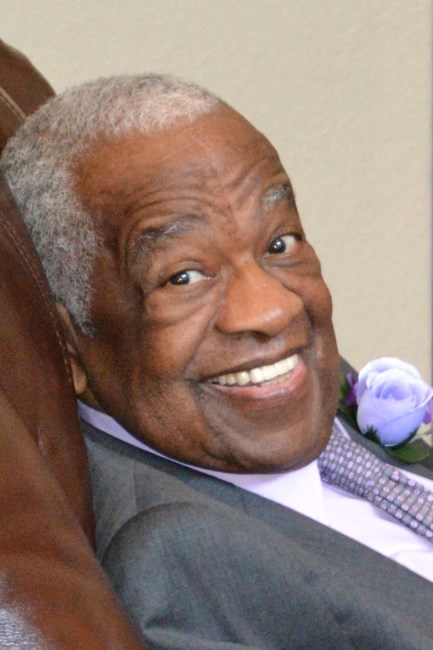 Elmer “Woody” Woodfolk died peacefully on May 3 in Houston, Texas at the age of 84. Elmer is survived by his wife, Maureen, his children: Rodney, Tyrone, Angelia and his siblings: Rose K. Jones, Joseph and John Woodfolk. He is preceded in death by his parents, Clarence Sr. and Theresa, three sisters, two brothers and his son Alfred. Elmer was born on August 17, 1933 in Baltimore, Maryland to parents Clarence Sr. and Theresa. He graduated from Dunbar High School in Baltimore, Maryland 1951. Elmer joined the Air Force in 1952. Woody was an accomplished jet engine mechanic. The family was stationed at various locations in the US and overseas while Elmer served in the Armed Forces. Upon retiring from the Air Force after 21 years, Woody and Maureen moved to Friendswood, Texas. After the Air Force Woody worked for Gray Tool and Stewart & Stevenson. Elmer and Maureen were blessed with a large and loving family and he was a proud grandfather, great-grandfather and great great-grandfather. His children remember him as a kind, gentle and patient father who encouraged them to pursue their goals. In retirement Elmer would often help his wife Maureen at her school where he served as a mentor for various young children. A funeral is scheduled for 3:00 p.m., May 12, 2018 at Forest Park East, Webster, Texas, with a reception to follow. Reverend Dr. Shirley Souder - Sr. Pastor of Ebenezer UMC Methodist Church will officiate the ceremony. All are welcome to attend and celebrate Elmer’s life. Flowers may be sent to Forest Park East Funeral Home, 21620 Gulf Fwy. Condolences can be sent to: https://www.dignitymemorial.com/obituaries/7841948
See more See Less