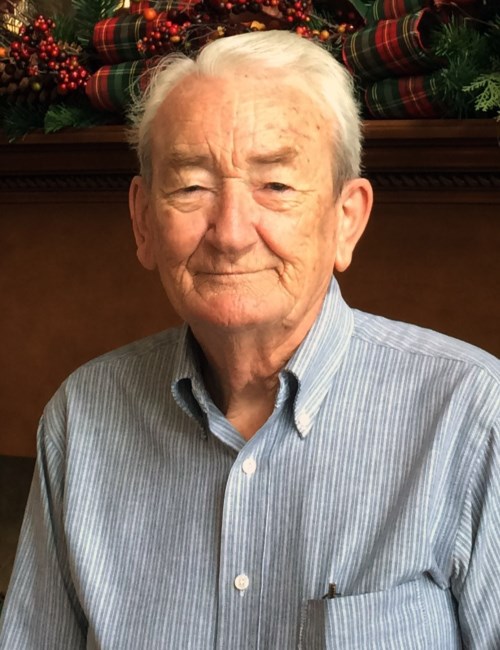 Hendrik "Hank" Dykstra, age 92, of Houston, Texas passed away on Monday, August 1, 2022. He was born April 12, 1930 in Ten Boer, Netherlands to Willem and Doetie Niske (Maatjes) Dijkstra. Hank grew up in the Netherlands, and at 19 he left home to live with family in Canada to pursue a career in agriculture. Over time Hank began taking classes at the University of Alberta for drafting and design. It was in Canada that he was offered an opportunity as a Draftsman with Farnsworth & Chambers Company, a Houston-based construction company. Hank was rather debonair in his youth. In fact, Hank took ballroom dancing classes and was even asked to help teach an introductory ballroom dancing class. There he partnered with a beautiful young lady in a green dress, Roxie Ann Starr. Roxie Ann and Hank became sweet for one another and the two were married on March 25, 1960, at First Presbyterian Church in Houston. He and Roxie Ann remained members of First Presbyterian throughout their lives and enjoyed being a part of church life. Their family settled in Meadowbrook Freeway, where Hank became heavily involved in the Meadowbrook Freeway Civic Club—serving as president from 1977-1978. One of his successes within the Meadowbrook Freeway Civic Club was halting a Fat-Rendering Plant from building in their neighborhood. He was also a Liaison for Houstonians on Watch. From the age of 10, Hank began a stamp collection that grew to fill an entire room by the time of his passing. He also enjoyed writing stories of his life experiences and creating stunning oil paintings of landscape scenes. He was a very intelligent, straightforward, and definite of his opinions, however, he was as kind as he was caring, never holding a difference in opinion against someone. He could be described as easy-going and jovial in demeanor. Hank was self-sufficient and was never heard complaining. As Roxie Ann’s health declined he devoted his time and care to his loving wife, doting on her and comforting her until the end of her days. He was preceded in death by his parents, wife Roxie Ann Dykstra, and youngest son Alex Dykstra. Hank is survived by his son Willem Dykstra; and his daughters-in-law Laura Dykstra and Sheila Harris; and his grandsons Joshua Dykstra and Bryce Dykstra. A visitation for Hank will be held Tuesday, August 9, 2022 from 9:00 AM to 10:00 AM at Forest Park East Funeral Home with a funeral service to follow at 10:00 AM. Hank will be laid to rest beside his beloved Roxie Ann in Forest Park East Cemetery. Fond memories and expressions of sympathy may be shared at www.ForestParkEast-FHC.com for the Dykstra family.
See more See Less

In Memory Of Hendrik "Hank" Dykstra