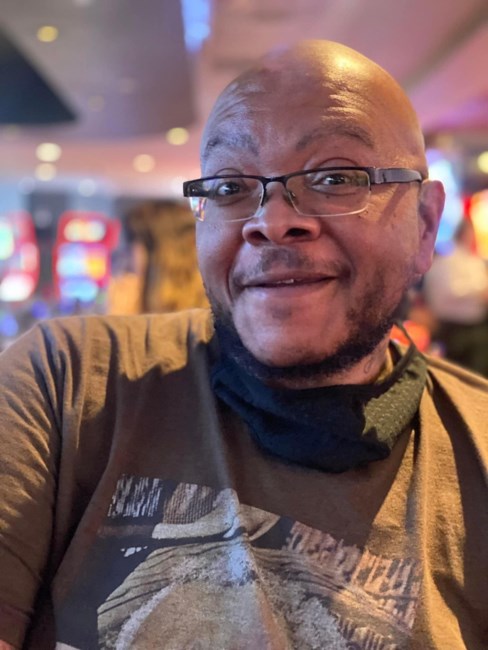 Ronnie was born on August 14, 1977 at Midland Memorial Hospital in Midland, TX to proud parents Harlan Kent Brown and Ruby Lee Brown. Ronnie was raised in Clinton Oklahoma. Even as a small child, Ronnie wanted to understand what was right and what was wrong in any given situation. As Ronnie grew older, he realized the importance of being treated fairly, and in return, he treated everyone around him the same way. During his childhood, family and friends viewed Ronnie as a quiet and reserved person with what most would consider a calm and tranquil demeanor. A great deal of Ronnie’s free time was spent learning how and why the things around him. He enjoyed writing, gaming, and computer science. Some of his favorite past-times were cooking with grandma, Vancy Brown and watching re-runs of Sanford and Son. He graduated from Clinton High School in 1997 and studied electronics at Vo-Tech in Burns Flat, Oklahoma. In his work life, Ronnie was the kind of person who had no difficulty in taking on a project. Ronnie always made an effort to be a team player, doing what was necessary in order to get the job done. His calm demeanor made him a successful as Commercial Driver for DFW Airports, and later as an underwriter at State Farm Insurance. Ronnie was a dedicated father to one son, Javon (mother Nakita). He was blessed to share life with lifelong friend and confidant, Michelle Malone. Ronnie developed a love of travel, in the years he spent with Kortney Brown. After relocating to Houston, Ronnie met a kindred soul and loyal friend, Valerie Prince and enjoyed some of his happiest moments traveling to new places. Ronnie passed away on January 23, 2023 at Memorial Hermann Hospital in Houston Texas. Ronnie fought a valiant fight against cancer. Ronnie is survived by mother, Ruby Brown, son, Javon Brown, sisters - Rhonda Pelton, Shamia Palmer, Rebekah Palmer, Elisabeth Palmer, brothers Robert Palmer, LaKente Brown, Julius Palmer, and Christopher Palmer. In addition, Ronnie leaves aunts, uncle, cousins, nieces, and nephews to celebrate his life. Ronnie Brown will be greatly missed. A memorial service for Ronnie will be held Sunday, January 29, 2023 at 2:00 PM at Forest Park East Funeral Home, 21620 Gulf Freeway, Webster, Texas 77598. Fond memories and expressions of sympathy may be shared at www.ForestParkEast-FHC.com for the Brown family.
See more See Less

In Memory Of Ronnie Anthony Brown