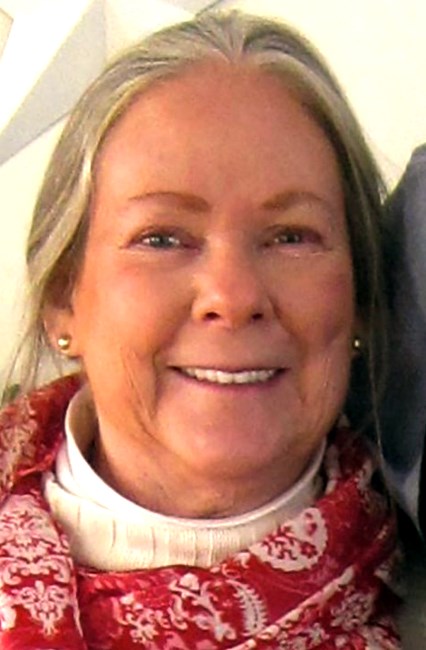 Carolyn H. Crowell of Wellfleet died on Oct. 25, 2021 at Cape Cod Hospital with her family at her side. The cause of death, confirmed by her husband, Chandler, was renal failure, the result of a series of illnesses. She was 80. Born in Concord on Aug. 25, 1941 to Ingolf Hope and Ida (Flachsbart) Hope, Carolyn grew up in Acton and graduated from Acton-Boxborough Regional High School in 1959. She attended Lesley College, where she studied early childhood education. Carolyn wanted to be a teacher, but before she finished her degree she married Lawton P. Bourn Jr. in 1963. They had a son Lawton P. Bourn III, known as Lane. The marriage ended in divorce after 15 years. Carolyn moved to Wellfleet in 1978 with her son, but it wasn’t until 1983 that mutual friends introduced her to Chandler Crowell. She had been working as an assistant to a veterinarian, and, when the two met, Crowell recalled, “she had four cats and a mangy dog.” Although he liked animals, he found her menagerie a bit much. But he was drawn to Carolyn anyway. Those pets, he said, reflected her compassionate nature. Carolyn and Chandler became great friends. They married in 1989 and enjoyed the next 32 years together. Although Carolyn aspired to be a vegetarian, she realized how difficult that could be, so she compromised. She determined that “she wouldn’t eat anything she couldn’t kill,” said Chandler. “She could kill a tomato or a cucumber or a chicken, but not a cow or a pig or a lamb.” Chandler joined her in her goal of not eating red meat. Chandler owned Cape Cod Realty, and because Carolyn was such a “people person,” he encouraged her to get her real estate license. She did, and she helped the business prosper. Carolyn was a perfectionist with a talent for design. She staged houses for the business, created her own garden, and was skilled at arranging flowers. She was also deft with needlepoint. Every winter, Carolyn and Chandler took a few weeks off to travel. They especially enjoyed driving their motor home through the southern U.S. and Mexico. Chandler described how, on one trip, they were shot at by bandits. Afraid, they just kept driving — for hours. That night, when they stopped at a campground that hosted mostly Americans and Canadians, they told of their adventure. To a person, they learned, the others at the campground were armed. But Chandler and Carolyn saw no advantage in that. There were no bullet holes in their motor home. They also traveled, less adventurously, in the Caribbean and England. Carolyn served on the board of directors and was a docent for the Wellfleet Historical Society & Museum; she served also on the board of the Friends of the Wellfleet Library, and she was a member of Wellfleet Gardeners. Because she had not been able to complete her own studies, Carolyn was a dedicated supporter of her son’s education. Lane went to Cape Cod Academy and Bates College, where he majored in botany and minored in computer science. She is survived by her husband, Chandler Crowell of Wellfleet; her son, Lawton P. Bourn III and husband Stuart Wells IV of San Francisco; her sister Sylvia Rochford and husband David Rochford of Brewster; her sister Linda De Fina and husband Michael De Fina of Ashtabula, Ohio; and several nieces and nephews. Carolyn was preceded in death by her sister Lorraine M. Hope. Her many friends and her two Siamese cats, Rocket and Smokey, will miss her loving presence. Friends and family are invited to gather in a celebration of Carolyn's life at Friends and family are invited to gather in a celebration of Carolyn's life at Van Rensselaer's Restaurant, 1019 Rt. 6, South Wellfleet on Sunday, May 22, 2022 from 3 - 5 pm.
See more See Less

In Memory Of Carolyn H. Crowell