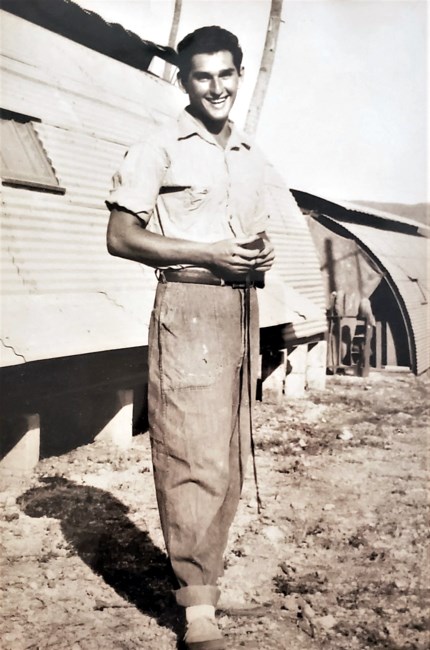 Monte Blau, pioneer of Nuclear Medicine, died 1 May at age 92. Monte is survived by his children Saul and Hannah Blau, daughter-in-law Melanie and grandson Cory Blau, sister-in-law Beatrice Blau, niece Cathy Betts, and nephew Eric Blau. Guitta Blau, his wife of 72 years, predeceased him on 31 March. Monte's area of expertise was the use of radioactive isotopes for diagnostic imaging. His career comprised three main phases: Roswell Park Memorial Institute in Buffalo, NY (1954-1975); the Department of Nuclear Medicine at the State University of New York at Buffalo (1975-1983); and the Department of Radiology at Harvard Medical School (1983-1990). At Roswell Park, a cancer research center, Monte worked in close collaboration with Merrill Bender, M.D. The combination of Merrill's clinical experience and Monte's scientific rigor resulted in exceptional research productivity spanning both drug discovery and instrumentation. Together they developed imaging agents for studying brain tumors and diseases of the heart, pancreas, kidney, bone, and liver. Their 1962 paper on Fluorine-18 for bone scanning is still widely cited today. Monte and Merrill invented a new class of imaging device, the autofluoroscope, which reduced the time required for a brain or liver scan to about one tenth of the time required with earlier technology. With the autofluoroscope, researchers and clinicians could visualize dynamic processes including blood circulation and cardiac function. In 1980 Blau and Bender were recognized by the Society of Nuclear Medicine with the Hevesy Nuclear Medicine Pioneer Award. Through the World Health Organization, Monte served for several months as an advisor at the Radiation Medicine Centre (RMC) of Tata Memorial Hospital in Mumbai, India. He made two trips in the late 1960's with the entire family. He returned to Mumbai in 1981-82 with his wife and daughter. On that trip he again consulted at RMC and traveled to Srinagar in Kashmir to deliver a keynote speech at the annual meeting of the Society of Nuclear Medicine, India. In 1975 Monte became Professor and Chair of the Department of Nuclear Medicine at the State University of New York at Buffalo. He supervised graduate students and physicians in training, while continuing to publish on new radiopharmaceuticals for the brain. In 1983 Monte and Guitta moved to South Wellfleet, MA. He commuted to Boston to work part-time as a visiting professor and research associate in the Department of Radiology at Harvard Medical School. With colleagues at Brigham and Women's Hospital, Monte made important contributions on contrast agents (image enhancers) for nuclear magnetic resonance (NMR) and computed tomography (CT) imaging. Born 17 June 1926, Monte was the younger son of Rose and Samuel Blau. He lived with his parents and brother Sidney in the Sea Gate section of Brooklyn, New York. He attended Brooklyn Technical High School and entered college at the Polytechnic Institute of Brooklyn ("Brooklyn Polytech"). During World War II, Monte enlisted in the Navy and trained as a radio repair technician. He was sent to the Pacific theater but hostilities had ended by the time he arrived. Shortly after his discharge in 1946, he married his high school sweetheart Guitta Drimer. Guitta also grew up in Sea Gate and they had known each other since childhood. Monte resumed his education and graduated from Brooklyn Polytech with a B.S. in Chemistry in 1948. The couple then moved to Madison, where Monte earned a Ph.D. in Chemistry from the University of Wisconsin in 1952. After short stints at Yale University in New Haven and Montefiore Hospital in New York City, Monte landed at the Roswell Park Memorial Institute in 1954. The couple relocated to Buffalo, where they lived for almost thirty years and raised their two children: Saul, born in 1956 and Hannah, born in 1959. Monte and Guitta traveled extensively throughout their life together. Monte acted as travel agent, spending hours online to research destinations and book reservations. Their favorite traveling companions were Irma and George Rendina of Brewster, MA, with whom they shared an enthusiasm for bird-watching. Over a period of some 15 years the foursome went to Arizona, Belize, the Bahamas, Trinidad and Tobago, Mexico, Nicaragua, Florida, Puerto Rico, and Panama. They took a cruise along the canals of France. Monte and Guitta also took a cruise of the Baltic Sea by themselves, and another to Alaska with Hannah, Saul, and Saul's family. Monte was a consummate scientist. Despite his professional accomplishments he never spoke in a condescending way, but remained approachable and hospitable to all. Family, friends, and colleagues appreciated his wry sense of humor. A celebration of life for both Monte and Guitta will be held at the Wellfleet Bay Wildlife Sanctuary (Mass Audubon) on Sunday, 14 July at 11:00 AM. Donations in Monte's memory may be directed to the Wildlife Sanctuary. For online condolences, please visit www.nickersonfunerals.com.
See more See Less

In Memory Of Monte Blau