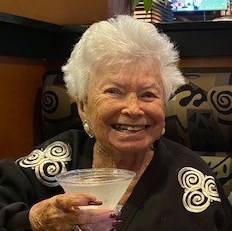 IJ Morris at Star of David Cemetery of the Palm Beaches

Gertrude Koven obituary Gertrude (“Gert” or “Trudi”) Koven, of Greenacres, passed away peacefully at the Vitas hospice in Delray Beach on July 28, at the age of 101, surrounded by her family. She was born in New York City on June 12, 1921, the only child of Peter and Mary (Stabiner) Rosenblum, and attended New York City public schools, graduating from Washington Irving High School. She married Nathaniel Koven in 1941, who was drafted into the US Army shortly thereafter. During World War II she crisscrossed America following her husband’s postings, and when he was seriously wounded in the D-Day invasion she helped nurse him over several years. They were married for nearly 41 years, until his death in 1982. In the 1950s they settled in Whitestone, Queens, NY, raising their two children, but she found the conversation of children less than stimulating and thus re-entered the workforce, working for many years with the Eisenberg & Scherer accounting firm, and also becoming a licensed interior designer for individual and commercial clients. Once their children had grown, Nat and Gert embarked on extensive travel, reaching Western and Eastern Europe and the Far East. In her widowhood, and especially after retirement and her relocation to Florida, Gert continued travel, including taking each of her three grandchildren on trips, two to Europe and one to Alaska, when she was in her 80s, and on various cruises. Her last major trip was to Australia and New Zealand at age 92. All who knew her were impressed by her vivacity, good spirits and youthfulness. Until incapacitated by a major stroke in mid-July she lived independently at her home in the River Bridge development. She was predeceased by her husband, and her daughter Gale Zumpano, and is survived by her son Vance (Katherine Matasy), three grandchildren and two great-grandchildren.
See more See Less

In Memory Of Gertrude Koven