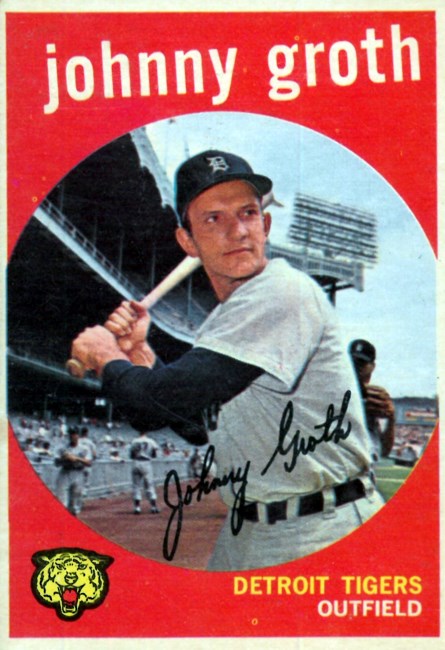 PALM BEACH - John T Groth died on August 7, 2021 at his oceanfront condominium in Palm Beach Florida that he shared with his wife of 72 years, Betty Stoll Groth. He was 95 years old. One of three children, born July 23, 1926 to German immigrants, Johnny grew up a couple blocks from Wrigley Field in Chicago, Illinois. He and other athletic neighborhood kids played exhibition football games during halftime at Chicago Bears NFL games, which were played at Wrigley Field. His natural athletic talent was recognized by a former All American who provided Groth a scholarship to the prestigious Chicago Latin School. As the football team quarterback, Johnny led the Latin School to win the Illinois Prep School Title game. Upon graduation from the Latin School, Johnny was offered many college scholarships, including offers from Notre Dame, Yale and all of the Big 9 (now Big 10) teams to play football or basketball. Several MLB teams also drafted him. But in 1944 our nation was at war, and 18 year old Johnny Groth was eligible for the draft, so he enlisted in the US Navy. To improve morale of the recruits, the Navy held many athletic events; the most popular of which was baseball. Groth’s athletic prowess caught the eye of MLB Pitcher Bob Feller, who was in charge of Navy baseball operations. He joined the squad that included MLB greats Pinky Higgins, Walter Cooper and Ken Keltner among others. Groth was chosen for the team despite being the only non-MLB player. He had a .341 batting average that season while in the Navy and attracted baseball scouts from several MLB teams. Johnny spent many hours under the tutelage of Bob Feller who taught him the fi ner points of major league baseball. Feller’s mentoring helped Groth become a career MLB player. After he was discharged from the service, Groth received offers from several MLB teams, the best of which came from the Cleveland Indians (n/k/a Guardians) and the Detroit Tigers. Late in the 1946 MLB season, Johnny signed a deal with Walter O Briggs, owner of the Detroit Tigers. Groth began his 15 year Major League Baseball career with the Tigers. He played for the Tigers AAA International League team where he excelled. In 1992, Groth was inducted into the Buffalo Bison AAA Baseball Hall Of Fame. Once in the big leagues, Groth was the Tiger’s center fi elder. The 1950 Detroit Tigers made a run for the AL pennant, fi nishing just a few games behind the 1st place NY Yankees. It was the best year for Johnny as an MLB player. He started all 159 games that year, hit .306, scored 95 Runs and hit 85 RBI’s; striking out only two times. Traded to the St Louis Browns in a 7 player deal in 1952, he went on to play for the Chicago White Sox, Washington Senators, Kansas City Athletics and then back with the Detroit Tigers, retiring in 1960. After retirement from Major League Baseball, Groth managed the Detroit Tigers single A farm club team in Decatur Illinois for two seasons. Milwaukee Braves team owner Bill Bartholomay relocated the Braves to Atlanta Georgia in 1966. John Groth was hired by the Atlanta Braves and spent several decades as a Braves MLB scout. Among the amateur players he discovered and recruited was Mickey Rivers out of Dade Community College, who went on to play centerfi eld for the Braves, Rangers and Yankees over a 14 year MLB career. During his baseball career, Johnny played on teams that included Tommy Lasorda, Billy Martin and Minnie Minoso, among many others. He hit 2 homers over the green monster at Fenway Park. Groth’s career stats include a lifetime batting avg of .279 and a fi elding avg of .987. In 1960, Johnny’s wife Betty bought a big house on the ocean block of Queens Lane in the north end of Palm Beach, where she raised her 9 girls and 2 boys. John Groth is remembered by his children growing up with regular one man band performances, family sing-alongs, daily Jack La Lane exercises and his Mustang convertibles. He was a member of St Edward parish and the Sailfish Club of Florida. He is survived by his family: wife Betty Stoll Groth, and 11 children: Betty Ann Dortch; Susan Neilson (Kim d. 2019); Peggy Rafferty (Michael); Ginger Carlisle (Allan); Janet Geary (Frank); Winnie Azqueta (Jesse); Kathy Bronstien (Jim); John T. Groth, Jr (Sue); Nancy Tucker (Alan); Mary Jacobs (Scott) and Michael Groth (Gretchen). Extended family includes 29 grandchildren (Dorian, Barney, Michelle, John, Patrick, Allan, Kayleigh, Byrne, Emily, Jesse, Christopher, Maryena, Dana, Amy, Jodi, Spencer, Sierra, Sydney, Stanley, Michael, Becca, Jake, Theresa, Scottie, Jennifer, Liam, Delaney, Bailey, John Jameson) and 9 great grandchildren (Jason, Caroline, Cameron, Harper, Holden, Ollie, Trip, Gabi and Beau.) The family thanks Maggie Eveque, Nicole Hilaire, December Rodriguez and Vickie La Guerre for the kind care they provided to Mr Groth, especially over the last year. There will be a private family service. In lieu of fl owers the family asks to send donations to: Phipps Park Baseball P.O.6336 West Palm Beach Fl 33405 phippsparkbaseball@gmail.com
See more See Less

In Memory Of John T. Groth