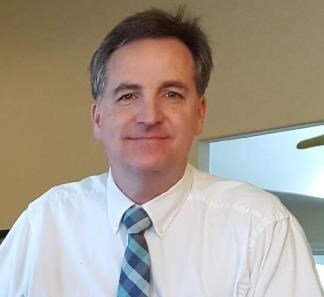 Daren Benjamin McEwen from South Jordan, Utah, age 54, passed away on August 10, 2021, with his wife by his side. He passed away from Pneumonia, a complication of the Covid-19 virus at the University of Utah Hospital. Daren was born October 2, 1966 in Salt Lake City, UT to David and Karen McEwen. Daren is survived by his wife Penny and his three children Alyssa McEwen, Benjamin McEwen, and Caitlyn McEwen; his siblings Jill (Larry) Smiley, Cindee (Bryce) Harmon, John McEwen, and Tim (Rebecca) McEwen; his parents Karen and David McEwen; and his many nieces, nephews, cousins, aunts and uncles. Daren was preceded in death by his grandparents. Daren was a Boy Scout and attained the rank of Eagle in 1981. He graduated from Hillcrest High School in 1985 and then left to serve a mission for the Church of Jesus Christ of Latter-day Saints in the Ireland from 1986-88. Following his mission, he attended Salt Lake Community College and later transferred to Weber State University where he earned his Bachelor’s degree in Communications. Later in life, Daren returned to school and earned his Master’s degree in Information Systems from Cal State Long Beach. While at Weber State, he met and married his beautiful wife, Penny Visser, in the Salt Lake City Temple on March 23, 1991. Daren and Penny brought 3 beautiful children into this world, Alyssa Lee McEwen (29), Benjamin H McEwen (27), and Caitlyn Lee McEwen (23). Daren had special, wonderful relationships with his children and greatly enjoyed spending time with each. Daren’s hobbies included trading Disney pins, decorating homes, woodworking, yard work, taking photos, and traveling. His favorite things include trains; his stuffed, talking Smokey Bear from childhood; seashells; lighthouses; new baking/cooking tools, and stamps. Daren created an ocean themed home as a place he could find peace. He traveled with his family all over the USA. Daren loved animals. As a child, he had gerbils, rabbits, and hamsters. Having pets continued into adulthood, where he added guinea pigs and a dog. Daisy has been the family dog for the last 10 years. Daren was known to take Daisy for walks at 1:00 am with his son, Benjamin. Daisy was Daren’s little shadow and enjoyed spending time with him regardless of what he was doing. Daren enjoyed the outdoors where he would go hiking in the mountains and spending time at the beach to take in the beauty of the world. He loved planning adventures outdoors with his family which he loved taking pictures of nature and of his family enjoying the outdoors together. He found great joy in baking, cooking, having a BBQ, and eating ice cream. Ironically his favorite foods included PB&J sandwiches and cereal. He was fondly known for his incredible cookie making skills that he shared with everyone he could. While living in Anaheim, CA for 10 years, Daren fell in love with Disneyland. Having an annual pass and going as a family was a highlight of his and his family’s life. He spent countless days at Disneyland over the years trading pins, going on rides, meeting the various character (especially the princesses with his daughters), and eating all of the Disney foods. His latest projects that he was not able to finish was building his mini-cabins in Kidder, Missouri and going to auctions to buy things to furnish them. Daren was a deep thinker and ponder. Many were able to enjoy his deep thoughts through his incredible gift for writing. He enjoyed expressing his thoughts in his journal and on many occasions through social media posts. Daren had a strong testimony of Jesus Christ and the Plan of Salvation. He had a great love for his heavenly father and brother, Jesus Christ. He was an active member of The Church of Jesus Christ of Latter Day Saint. He was a great leader. He joyfully accepted callings including being the Sunday School President, Cub Den Leader, Young Men's President, Elder’s Quorum Teacher, and Financial Clerk. He enjoyed studying the scriptures and discussed them frequently with anyone who would listen. Going to the Temple was a great love of his. Daren has had many different jobs, which included being a Utah Highway Patrol Officer, marketing for Hewlett Packard, and for the last 13 years as a top salesperson for RC Willey. A viewing will be held Monday August 16, 2021 from 6 pm to 8 pm then on Tuesday August 17, 2021 from 11:30am to 12:45pm. The Services will begin at 1pm on Tuesday August 17, 2021. The viewing and services will be held at the North Shore Stake building located at 10344 S. Kestrel Rise Road. Interment will follow the services at Valley View Cemetery. A Celebration of Life will be held following the Interment at the North Shore Stake building. We kindly request that visitors wear a mask and observe social distancing.
See more See Less

In Memory Of Daren Benjamin McEwen