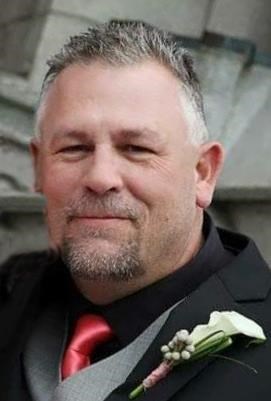 Kenneth “Shawn” Whitehead, 51, of Sandy, Utah passed away March 12, 2019. Born March 7, 1968 in Salt Lake City, Utah to Kenneth and Susan (Butcher) Whitehead. Shawn graduated from Hillcrest High School, where he excelled in sports and was All-State in basketball in `85-`86. Shawn married Lori Lyn Wells on May 4, 1991, together they had two daughters. His family was his life, he enjoyed traveling and spending time with them. He was an avid golfer and had the opportunity to play for many years. Survived by wife; Lori, daughters; Kendra (Courtney) Watters, Kierra (Ignacio) Tovar, grandchildren; Christian and Thalia Tovar and Kaylee Sueann Watters (to be born June 2019). Also survived by his mother, father-in-law, 2 brothers and many nieces and nephews. Shawn was preceded in death by his father. A viewing will be held on March 21, 2019, from 6:00-8:00 p.m., located at Valley View Funeral Home, 4335 West 4100 South, West Valley City, Utah. Funeral services will be held on March 22, 2019 at 11:00 a.m., at the Midvale East 6th Ward, 7250 South 300 East, Midvale, Utah with a viewing prior to the service from 9:30-10:30 a.m. at the Ward. Interment, Valley View Memorial Park.
See more See Less

In Memory Of Kenneth Shawn Whitehead

Viewing Prior to Service