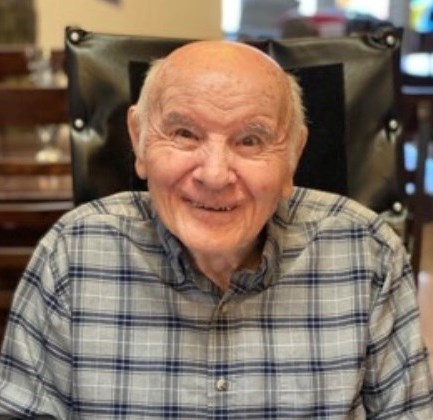 Andrew Paul Mahler was born in Sterling, CO on January 17, 1929 and passed away at Applewood Our House, Arvada, CO on September 7, 2020 . He met the love of his life Naomi Kephart and they married in Denver, CO at the Annunciation Catholic Parish on July 24, 1949. Naomi preceded him in death. Andrew answered the call of duty to his country by serving in the United States Air Force for four years. Andrew was a hard worker employed by various companies throughout his working years and retired after almost thirty years from Time DC trucking. On a perfect day, Andrew could be found camping, fishing and spending time with his family. Andrew is survived by children Andrew E, (Dorothy) Mahler, Diana (Jack) Egan, Kenneth Mahler and Sharon Mahler. He is also survived by grandchildren Paul (Christine) Mahler, Shana (Daniel) Hernandez, Theresa Egan (Tim Niblack), Edward (Heather) Mahler, Michael (Amy) Egan, Stacy Mahler and David (Veronica) Egan and great-grandchildren Antonio, Alicia, Daniel, Angel, Zach, Andrew and Rae. Andrew was preceded in death by his eight siblings John, Jacob, Peter, Michael, Josie, Florence, Lorraine and Janice and his treasured grandson, Andy. His life is celebrated with a Mass of Christian Burial at the Shrine of Saint Anne’s Catholic Church where he has been a member since 1969. He will be laid to rest with his beloved Naomi at Mt. Olivet Cemetery with military honors rendered by the United States Air Force.
See more See Less

In Memory Of Andrew Paul Mahler