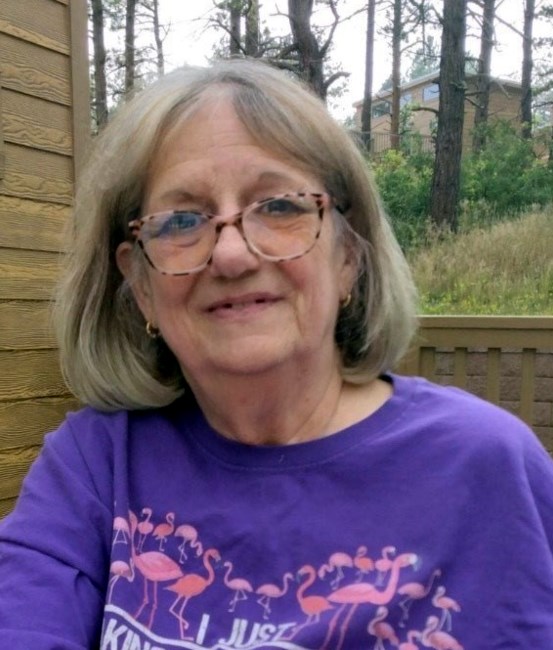 Bernadette Marie Alness(Guida) Sunrise:12-5-1952 Sunset:5-11-2022 Bernadette was born on December 5th,1952 in Denver, Colorado,to Elsie Marie Guida(Brown) and John George Guida. Bernadette loved yard work, gardening and an array of genres of music. Bernadette was a natural caregiver and cared for so many over the years. She touched the lives of everyone she came in contact with. In the 80's and 90's, Bernadette was an active part of the PTA for District 50 schools,serving as PTA president and an active member of the Arvada Eagles club,serving as Madam president. Bernadette met Martin Alness at the Arvada Eagles and in September 2000,the couple married,blending their families, Bernadette's four girls and Marty's son Pj. Bernadette returned to school for an associates degree in Medical Assisting and graduated top of her class. She continued to work in her field until 2005,when she retired to care for her mother. Bernadette loved crafting and shared many beautiful handmade gifts with family and friends over the years. Her favorite pastime was spoiling her Chihuahua Zorra Bella and spending time with her daughters, grandchildren,great grandchildren and other family members and friends. Bernadette is preceded in death by her parents John and Elsie Guida, Husband Martin Alness, Son Paul "Pj" Alness and son in law Nathan "Nate" Leon. Bernadette is survived by her daughters Erin Michelle Oswalt, Amber Elizabeth (Allan) Lane of Arvada, Sarah Marie Tompkins, Katherine"Katie"(Nate)Leon of Henderson, and bonus daughter Kristal(Lynn) Randolph of Fairplay. Her grandchildren Jordan, Bryson, Logan, Brandyn, Tanner, Breckyn, Payten, Aspen, Lillian, Ashlynn, Irelynn, Scotlyn and Rachel. Great grandchildren Natilyn and Eden,Brother Gerald "Jerry"(Paula) Guida of Denver and one niece,Hannah Guida, along with many other family members and friends. Celebration of Life Ceremony TBD at a later date In lieu of flowers,the family has asked that you make a donation to the Susan G Komen Breast Cancer Foundation in Bernadette's name.
See more See Less

In Memory Of Bernadette Marie Alness