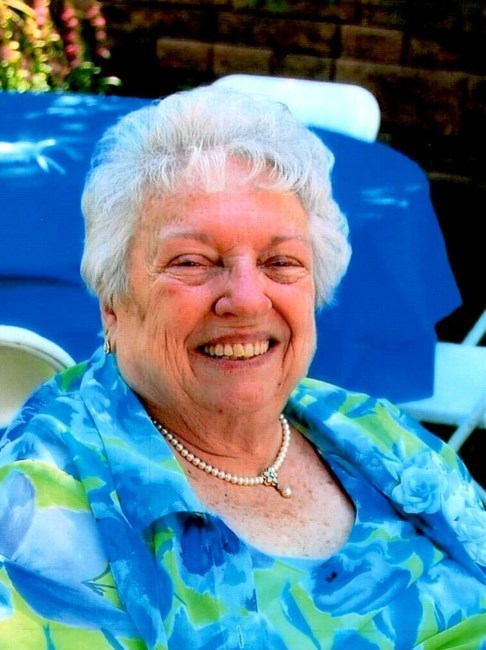 Billie Lee (Harker) Beins, age 84, of Arvada, Colorado passed away on Monday, January 16, 2023. Born: September 16, 1938, to Delbert James Harker and Eliza "Brownie" Gertrude (Mayfield) Harker in Denver, Colorado. Baptized: January 29, 1939, at Redeemer by her future father-in-law, Ray H. Beins. Billie lived her whole life in Colorado at: - 13th & Osceola while growing up with her parents and brother. - With Pastor Beins and family on S. Winona Court after her marriage. - Snake house (rental) - Alameda and Sheridan area prior to owning their own home. - Billie and Buddy designed and bought a brand new home in the new subdivision in Bear Valley. Billie lived there for over 44 years on S. Harlan St. - Independent living: Kipling Meadows, Arvada - Assisted living: Peak Gardens at 51st and Independence, Arvada. Confirmed: Redeemer Lutheran - Denver, CO in 1951 by Pastor Ray H. Beins. She attended the following schools: - Colfax Elementary - Lake Junior High - North High School and graduated in 1956. Marriage: Billie married her sweetheart, Robert "Buddy" Beins on March 22, 1956 at Redeemer Lutheran in Denver by Pastor Ray H. Beins (Buddy's dad). She dated Buddy while he was in college at University of Colorado; after his graduation they then decided to get married after he returned from basic training and before he started his tour of duty. They were fortunate to be able to celebrate their 50th anniversary together with family in March of 2006. In addition to raising four boys, Billie also worked at: - Skyline Labs - Joslins Department Store (at the Villa Italia) - retail sales - Federal Center - Bureau of Reclamation - Martin Marietta - Federal job position - H&R Block Activities: Billie took piano lessons as a child and she continued playing over the years. She enjoyed sewing which she learned from both her parents as a child. She also loved to embroider everything from crib quilts to table cloths and pillowcases her whole life. She was very talented and amazingly meticulous at this craft. Billie was an avid reader of romance novels and magazines. She was active in Redeemers Ladies Aid and school and later at Bethlehem Lutheran LWML. Billie enjoyed bowling with both a women's bowling league and the Lutheran couples league. She had a green thumb and raised African Violets for many years of all varieties. She actively helped Buddy at the Lakewood Elks club with various activities and fund raisers along with chairing their Women's auxiliary and their functions. Dancing and partying with friends at the Elks is where you would usually find Billie and Buddy on the weekends. Billie enjoyed going to lunch with the Red Hat Ladies and chatting up a storm over tea with friends. During the 90s she joined in playing with the handbell choir at Trinity Lutheran Church with family members. Over the years, Billie attended the Denver Bears, Zephyrs, Sky Sox and Rockies games with Buddy and the family. Cooking and baking for her family of four hungry boys and for family get-togethers took a lot of work and time but she was a good cook! On occasions a Manhattan was her favorite drink to relax with! Many of these activities she did her whole life until she was unable to see clearly due to her macular degeneration. Collections: Billie enjoyed shopping, especially for Hat Pins/holders, Hummels and antiques. She had over 200 collectible antique/vintage hat pins stored in over 50 china hat pin holders in her treasured collection along with a multitude of Hummels that filled four China hutches! In addition to these collections she loved collecting antique glassware and crystal, teapots, silverware, kerosene lamps of all sizes, Big Sky bears, cardinal and decorative plates and Department 56 holiday decor (Christmas houses and village accessories). Travel: Billie loved to travel with Buddy! They went to Europe (Germany, Denmark, Ireland, Scotland, England), Australia, New Zealand, Hawaii, Alaska and many other parts of the USA. One of their favorite places to visit was Yellowstone National Park where they took the whole family camping and taught them about the geysers; her favorite being Grand Geyser. Later after Buddy passed, she visited Yellowstone with a couple of her sons and talked about going back one more time. Teatime and Birthdays: When Billie's mom, Brownie, passed away, she was talking to family about going out for high tea with her mom someday and it never happened. So, for the last 30 years, family members took her out to enjoy a special afternoon at the many tea houses on the front range. She visited over 40 places as we also went out for other families birthdays! This was something she looked forward to and once she was unable to go out, the tea party came to her at the independent living apartments. Cheerio Billie! Billie is preceded by her husband Buddy and her parents. She is survived by her four boys and their families; Bob (Paula) Beins of Denver, CO, Brad (Brenda) Beins of Florissant, CO, Barry (Belinda) Beins of Denver, CO and Bill (Jeanette) Beins of Arvada, CO. She is also survived by her brother Jim Harker of Denver, CO, brother-in-law; Reverend Paul (Shirley) Beins and family of St. Louis, MO. She is survived by her grandchildren and great grandchildren; Chris Sanchez of Denver, April and Lorenzo Sanchez of Denver, Denise (Van) Nguyen and Brielle and Diem of Denver, Zack (Sarah) Beins and Remy and Opal of Denver, Tausha (Mike) Haiderer and Theodore of Italy, Christine (Brandon) Plante of Lakewood, Jeremy Beins of Littleton, Ashley Crosby and Linda, Daytona, and Rion of Arvada, Laura (Josh) Erickson and Menzi and Ayden of Westminster. Fond memories and expressions of sympathy may be shared at www.CrownHillFuneral.com for the Beins family.
See more See Less

In Memory Of Billie Lee Beins