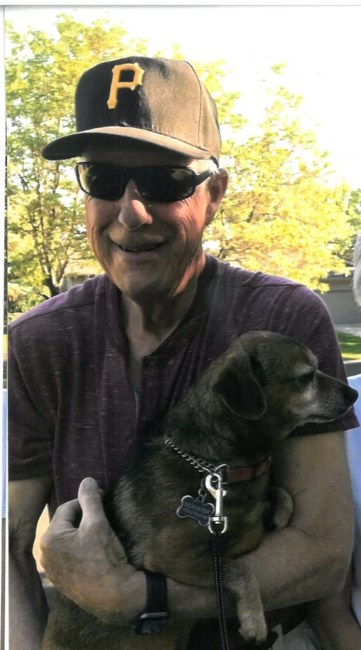 Rev. J. Charles (“Chuck”) Schuster John Charles (“Chuck”) Schuster, 77, of Lakewood, Colorado, passed away on October 27, 2021, after a brief illness. Charles was born on May 22, 1944, to John William and Mary-Jane (Baker) Schuster, in Miamisburg, Ohio, where he lived until relocating to Morgantown, West Virginia. Charles attended Morgantown High School and graduated from West Virginia University in 1966. Charles pursued a career in the ministry, earning a Master of Divinity from Duke University in 1969. Following graduation, Charles and his wife, Kathy, spent a year in Edinburgh Scotland, where he took course work at the University of Edinburgh and served as an Associate Minister at St. Matthew’s Parish, Church of Scotland. Charles earned a Master of Sacred Theology in 1974 and a Doctor of Ministry in 1978 from Iliff School of Theology. Charles joined the Rocky Mountain (now Mountain Sky) Conference of the United Methodist Church in 1970. He served as minister in six churches, where he became known, fondly, as “Chuck.” Chuck was appointed to Christ Church United Methodist (Denver) as an Associate Minister in 1970. He served as Senior Minister at Thornton United Methodist Church (1974 - 1978), Montclair United Methodist Church (Denver) (1978 – 1982), First United Methodist Church of Boulder (1982 – 1989), Arvada United Methodist Church (1989 – 2003) and First United Methodist Church of Fort Collins (2003 – 2012). He was elected by his peers as a delegate to the General Conference three times, where he was an early advocate for marriage equality in the United Methodist Church. During his 43+ years in ministry, Chuck maintained a close connection to Iliff, having served as a Trustee, as Adjunct Faculty, and mentor for numerous clergy colleagues preparing for the ministry. “Chuck” enjoyed strong and lasting relationships with the many colleagues with whom he worked, both in churches, at Iliff, and through the Conference. He was touched by the church members he was honored to serve and remained connected to many of his students long into their own ministries. He was known, loved, and respected by so many that there was hardly a place he could go without seeing someone he knew from somewhere. As good as he was as a minister, friend, colleague and mentor, Charles was even better to his family. He had a special bond with his sister, Amy, with whom he shared a dry sense of humor and a fierce Mountaineer loyalty. Charles was a loving husband to wife, Kathy, a fun-loving father to daughter, Lyndall, and friend and fellow mischief-maker to son-in-law, Andy. Charles was completely taken with his two grandsons, Cameron (12) and Graham (9) and they with him. Granddaddy relished the hours spent building models, having a catch, playing a game of H-O-R-S-E, and flying (or mostly retrieving) airplanes and Frisbees. In a way only he could give voice to them, Granddaddy kept a running chronical of “The Brothers’” crazy comments and ridiculous stories for us “to embarrass them with later.” He particularly loved watching his “fellas” participate in their varied activities and was a notable fixture at many a game and school function. His cheers, laughter and stories will be missed by all in the stands. A keen observer of life with an eye for humor and hope no matter the circumstance, there was rarely ever a question to which Charles would answer “no.” In retirement, he took up bread-making, learned to play the trombone, studied photography, became a prolific writer, and published author and even tried his hand at painting and composing. Above all, Charles knew his song. He sang it loud and sang it strong, sometimes even when it might not be good enough to hear, but always when someone needed to hear it. For all of the many he touched, his challenge would be to “find your song and keep on singing.” Charles is survived by his wife Kathy, daughter, Lyndall McLetchie (Andy), grandsons, Cameron and Graham, sister, Amy-Ann Richardson (Rayman), cousins George Armistead and William Armistead of West Virginia, and nieces and nephews, several for whom he officiated weddings and with whom he had close connections. A private service for local family will be held on November 18th at 10:00 a.m. The Service will be streamed live at that time for all of those who would like to participate online. Access the Livestream at: https://youtu.be/bCl3Zfwpdxk In lieu of flowers, please consider making a memorial gift to the Rev. Dr. J. Charles Schuster Memorial Scholarship, The Iliff School of Theology, 2323 E. Iliff Ave. Denver, CO 80210.
See more See Less

In Memory Of John Charles Schuster