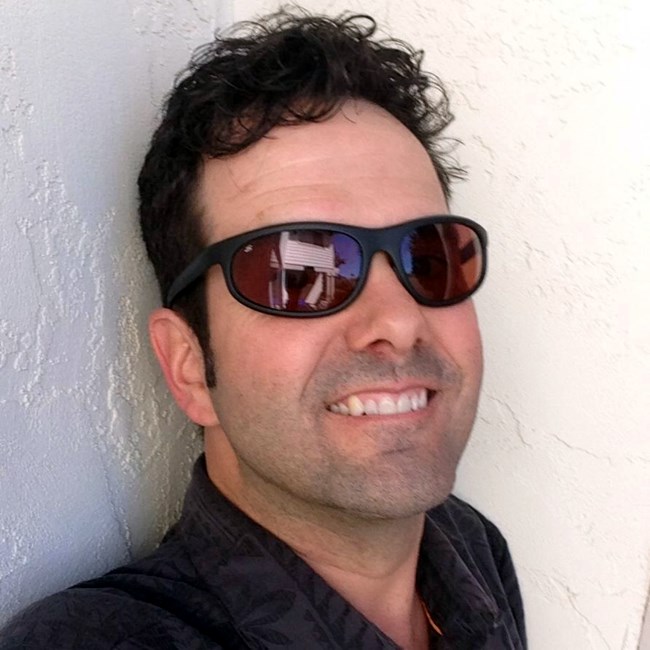 Stephen Jeffrey Courdin, age 53, passed away at home, surrounded by his family and friends Tuesday Morning, March 26, 2019. Steph is survived by his wife, Stacey Rainey Courdin, his 3 children, Cubrina (Nicolas) Friedman, Ashlynn Courdin and Jeremy Reed Courdin; also his father Peter (Karen) Courdin, grandmother Gertrude “Nan” Hannan, brother-in-law David McCartney and nephew Ryan McCartney. Steph is proceeded in death by his Mother Margaret Courdin and Sister Sandra McCartney. He touched so many lives and will be so profoundly missed. Born in Ottawa, Canada to Peter and Margaret Courdin and his 2 1/2 year old sister Sandra. Sandra and Stephen were lovingly spoiled by their 3 grandparents, and had a fun childhood with their friends and large extended family. As a kid he played hockey, baseball, and soccer. The family spent time at the lake cottage in the Gatineau Hills with his cousins and enjoyed waterskiing, rafting and fishing. As a teenager, he was a DJ at the local figure skating club, had a passion for cannoning, where he competed in padding single, double and 8 man war canoe provincial competitions, and won several medals. In high school Stephen did 2 internships sophomore summer at Stats Canada, and then his senior year doing economic stats for employment and immigration Canada. After college he started his career with a Business Information software company, which landed him here in Denver via a short stay for 3 years in Silicon Valley. He said he was living the American Dream, a canuck leaves the great white north, and marries a California girl, Sounds like a movie Eh! Steph was a loving father and husband he enjoyed taking the family on vacations whether it was to Disneyland or just a day trip out of state. Steph shared many passions with his children from epic snowboarding adventures, to camping horseback explorations though Wyoming. Stephen’s true passion was photography. He took a job in Ottawa and worked with one of the top wedding photographers. Steph continued photographing when he moved to the United States. He opened a studio in Denver and focused on every thing from modeling casting shoots to on locations weddings. Steph also volunteered his photography time at Westernaires. Steph enjoyed being down in the arena taking pictures of the drill teams at speed, as well as doing the team photos. After Steph was diagnosed with ALS he spent the rest of his free time looking for a solution. Steph founded the ALS Never Surrender Foundation, invented and built iNVOLVE & eNGAGE patient progression tracking app. The app tracks over 80 points of data, in hopes to find a correlation, cause and ultimately a cure. Unfortunately Steph will not be with us to celebrate the launch of the app in clinical trials, in Steph’s words, “we might not be able to save him, but we might be able to save the world”. https://alsneversurrender.org/donate/ 100% of the proceeds will be used to launch the first clinical trial
See more See Less

In Memory Of Stephen Jeffrey Courdin