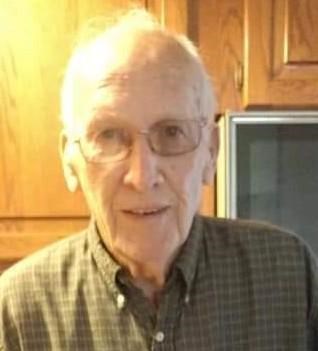 James “Charlie” Charles Kilgore, age 92, of White Lake, passed away Sunday, January 23, 2022, at the Huron Valley Hospital in Commerce Township. Left to cherish his memory are his two children: Michael and Jani Kilgore; his three grandchildren: Michelle (Jonathon) Thomas, Jessica Kilgore, and Sarah Kilgore; his six great-grandchildren: Dayana, Jah-Saan, Jae-Lah, Zara, Braxtn, and Jazzlyn; his two siblings: Sue Howard, and Ronnie “Trap” Kilgore; and many loving nieces, nephews, and extended family members. Charlie was born November 4, 1929, in Harlan, Kentucky, the son of Mr. & Mrs. Clarence and Nancy (Jaco) Kilgore. When Charlie met Betty Hudgins, it was love at first sight! The two started dating, fell in love, and were eventually married on July 9, 1960, sharing fifty-six wonderful years together until Betty’s passing on December 2, 2016. Charlie worked as an inspector at Pontiac Motors for thirty-six years until his retirement in 1988. In his free time, Charlie could always be found taking care of his house or working in the yard. He loved his family deeply, and cherished the time he was able to spend with them. He was a wonderful man who will be greatly missed. Charlie was preceded in death by his parents, Clarence and Nancy; his loving wife, Betty; and his four siblings: Bob, Gene, Louise, and Pat. In accordance with Charlie’s wishes, cremation has taken place. No public services have been scheduled.
See more See Less

In Memory Of James Charles Kilgore