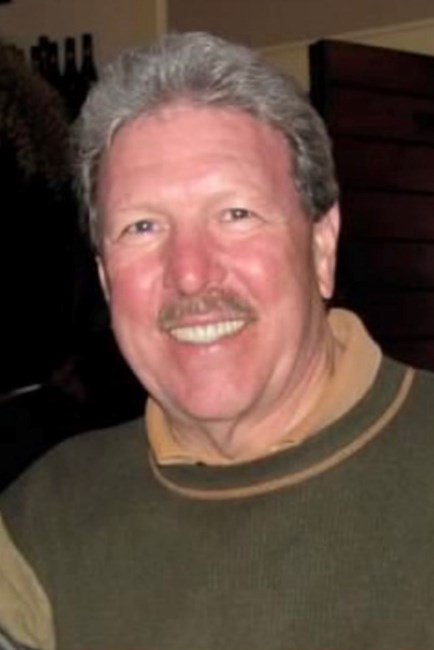 Richard “Dick” Patrick Dunn, peacefully passed away at his home in White Lake, Michigan on September 14, 2022. To many, he was known as ‘Dick,’ to others ‘Richard,’ and famously known as ‘Deacon.’ Yet his favorite names were ‘Dad’ and ‘Grandpa.’ Regardless of moniker, he is loved and survived with the greatest of reverence by his spouse, siblings, children, grandchildren, extended family and special friends. His spirit is carried on by his loving wife, Robin Dunn, sons Richard Dunn, Kevin (Kim) Dunn, Jason (Denise) Dunn, and daughters, Stacey Brown and Joli (Damian) Hull. As the eldest of six Dunn children, his siblings Thomas (Trisha) Dunn, James (Jodi) Dunn, Cheryl Dunn, Joseph (Sheila) Dunn grieve his loss. Dick joins his youngest brother, Michael Dunn. His nine grandchildren, Sophia Dunn, Kennedy Dunn, Riley Bristow, Lucas Harris, Griffin Bristow, Kylie Dunn, Tess Harris, Amanda Dunn and Trevor Dunn will forever carry his memory. Dick was born in Detroit, on April 13, 1943, to loving and faithful parents, Addison and Elaine Dunn. He grew up in Southfield, Michigan. Dick was a proud graduate of Detroit Catholic Central High School – Class of 1962. He remained close friends with classmates, Rick “Fish” Noethen, Mike Quinn, Tom Donahue, Mike Callanan and Tony Shaieb throughout their lives. Following high school, Dick began a long and rewarding career as a pipefitter. He joined Local 636, where he was a loyal and dedicated member until his death. To many, Dick was best known for his exemplary work ethic and dedication to his trade. He was elected business agent and proudly represented his labor union and fellow fitters. Dick was a ‘union man’ through and through. In 1988, Richard married Robin Wagstaff in a small ceremony in Las Vegas. Surrounded by friends and celebrated by many, they began a long and happy marriage together. During their thirty-eight-year union, Richard and Robin enjoyed traveling, playing golf, and spending time with friends and family. Eventually the couple welcomed nine grandchildren. Both Richard and Robin were dedicated and loving grandparents who rarely missed a game, recital, or school performance. Dick/Richard will be fondly remembered by many extended family members and friends too numerous to mention. However, Sherry Weegar, Robin’s sister, is more than family; she is also a dependable and loyal friend. And in 2008, Richard and Robin met Judy Marsh. Richard always said, “The best thing that ever happened to us was Judy.” All of his loved ones, family and friends alike, will mourn his passing but are forever thankful to have been graced by his kindness, humor, honor, and loyalty. Any donations can be made to Hospice of Michigan, 43097 Woodward, Suite 102, Bloomfield Hills, MI 48302 or Miracle League of Plymouth, 357 Theodore St., Plymouth, MI 48170.
See more See Less

In Memory Of Richard Patrick Dunn