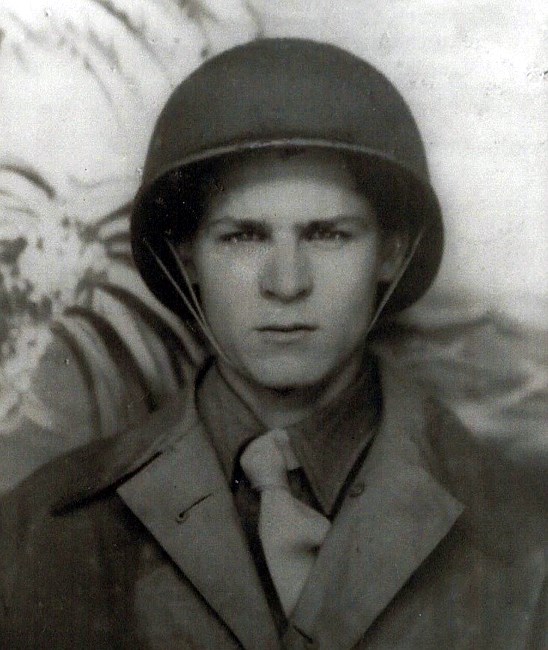 Pvt. Carl G. Dorsey, age 19, of Grenola, Kansas was born June 20, 1925 in Moline, Kansas, the son of James B. and Adelia (Johnson) Dorsey. After High School he was drafted into the United States Army on March 14, 1944 in Leavenworth, Kansas. He was reported missing in action on December 4, 1944 in the Hurtgen Forest region, near the city of Aachen, the westernmost city Germany. His body unable to be recovered, and the Germans never reported him as a prisoner of war, he was declared killed in action December 5, 1945. In May 1946, a German civilian found remains in the forest and reported them to U.S. officials. They could not be identified at the time and were entered as unknown and buried in the Ardennes American Cemetery, an American Battle Monuments Commission site in Neuville-en-Condroz, Belgium. Following the end of the war, the American Graves registration Command was tasked with investigating and recovering missing American personnel in Europe. They conducted several investigations in the Hurtgen area between 1946 and 1950, but were unable to recover or identify Dorsey's remains. He was declared unrecoverable in December 1950. While studying unresolved American losses in the Hurtgen area, a DPAA (Defense POW/MIA Accounting Agency) historian determined that one set of unidentified remains, designated as X-2760 Neuville, recovered east of Groddhau Near Gey, Germany, in 1946, possibly belonged to Dorsey. The remains which had been buried were disinterred in July 2021 and sent to the DPAA laboratory at Offutt Air Force Base, Nebraska for Identification. After historical research, and further study, the laboratory analysis, including the use of DNA collected from family members, and the totality of the circumstantial evidence available established the remains are those of Private Dorsey. Survivors are nieces, nephews, cousins and their families. Funeral services for Carl will be held at Hillside Funeral Home West, 2929 W. 13th Street N, Wichita, Kansas 67203 on Saturday, September 3, 2022 at 10:30AM. He will be laid to rest in Greenlawn Cemetery, Rd. 6 and Cyclone Rd., Grenola, KS 67346, at 2:00PM that same afternoon with full military honors. Fond memories and expressions of sympathy may be shared at www.HillsideFuneralHomeWest.com for the Dorsey family.
See more See Less

In Memory Of Carl G. Dorsey