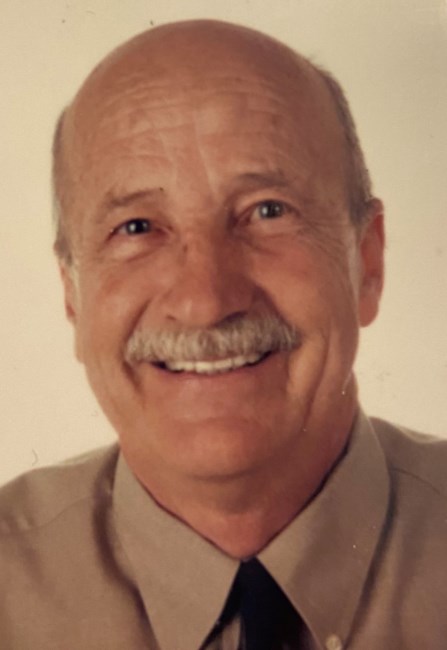 Wichita resident Paul V. “Tom” Hollingsworth Jr. passed away Tuesday, January 17, 2023. He was 85 years of age. Tom was born July 8, 1937 in Mt. Olive, North Carolina, the son of Paul Hollingsworth Sr. and Margaret (Dudley) Hollingsworth. He grew up in Norfolk, VA and enjoyed spending time at the beach with friends. After High School, he entered the United States Army in 1955. He took pride in becoming a Paratrooper and received an honorable discharge in February 1958. He later moved to Topeka, KS where he met Agnes “Robin” Sonstegard while he was teaching Ballroom dancing. They were married in Topeka, KS in 1962 and had two children Jeffrey and Denise. Along with instructing dancing class, he also worked at a jewelry store and became a full time Gemologist. In the early 1970’s he and his family moved to Wichita, KS where he continued his career in the jewelry business. Outside work he cherished spending time with family and enjoyed mountain biking. In his later years, he enjoyed his time dancing and playing trivia with close friends at the Candle Club in Wichita. Tom, is preceded in death by his parents. Surviving family members are his children Jeffrey Hollingsworth of Wichita, KS and Denise McGehee and her husband Shawn of Venice, FL. One brother David Hollingsworth of Chesapeake, VA and two sisters, Libby Bousman of Chesapeake, VA and Sally Morgan of Virginia Beach, VA. He is also survived by three grandchildren Matthew Nutile, Vanessa Nutile, and Alexa McGehee. He will be honored, and buried, during a private ceremony at the Kansas Veterans Cemetery, in Winfield, KS.
See more See Less

Services Will Be Private