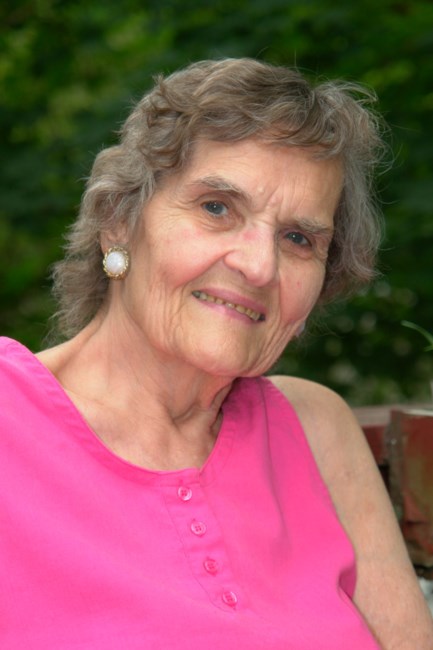 Genovaite A. Cizauskas, 88, mother of five, devoted wife, died peacefully in her sleep, August 15, 2014, in assisted living care, near to her home in Falls Church, Virginia. Genovaite, affectionately known as 'Gene,' was born on March 19, 1926 in the Flatbush neighborhood of Brooklyn, New York, New York. Her parents, Joseph and Amelija Ambraziejus, were immigrants from Lithuania earlier in the 20th century. Joseph was a businessman in the export/import business, but, earlier, while still in Lithuania, he had been active in that nation's independence movement against Czarist Russia. When only three, Genovaite accompanied her parents back to Lithuania, then newly independent between the World Wars. She was given a visit with then President Antanas Smetona, a signature honor that she would never forgot. Genovaite, one of three children —all sisters who pre-deceased her— attended Erasmus Hall, a nationally-regarded high school, famous for many of its graduates (including world chess champion Bobby Fischer and actress Mae West). She matriculated at Brooklyn College, achieving early graduation in three years, with honors in English and Psychology, studying under renowned psychologist, Abraham Maslow. Genovaite met her future husband, Albert C. Cizauskas at a Lithuanian-American literary function in Brooklyn. They were married in the Williamsburg neighborhood of Brooklyn, on September 17, 1949. The couple honeymooned on the island of Bermuda. It was their next adventure, however, that the couple would regard as their true honeymoon: an eight-week freighter voyage to the newly-independent nation of Indonesia, where Albert was to serve as a U.S. Consul with the Foreign Service of the State Department. There, Genovaite and Albert would celebrate the birth of their first child, Albert, Jr. The couple, and their family —which would eventually grow to five children— would also live in Italy and Germany. In addition to English, Genovaite was fluent in Lithuanian, and would become so in Indonesian, Italian, and German. Returning to the United States in the spring of 1966, Genovaite, Albert, and their family would settle in Falls Church, Virginia. In addition to raising their children, Genovaite was active in her church, in various charities —including providing services and transportation for the disadvantaged— and in assisting, in a nonpartisan manner, at the election polls. She and Albert maintained an involvement in Lithuanian-American issues; both were active members of the Knights of Lithuania. To friends and acquaintances, Genovaite was widely regarded as a consummate hostess, known for her dinners and soirées. For her family, even picnics would be special events: “Don't forget the marinated mushrooms!” Survivors include her five children: Albert Cizauskas, Jr., Robert Paul Cizauskas and daughter-in-law Deborah Brunetti-Cizauskas, Carol Cizauskas and son-in-law Donald Prather, Thomas Joseph Cizauskas, and Richard Michael Cizauskas, and many other nieces, nephews, and friends. Mrs. Cizauskas loved the water —seas, lakes, rivers— and loved animals. She would never hesitate to tell friends and strangers about her two dogs, Emma and Ethel. Please make a contribution in her honor to a local animal shelter or rescue association.
See more See Less