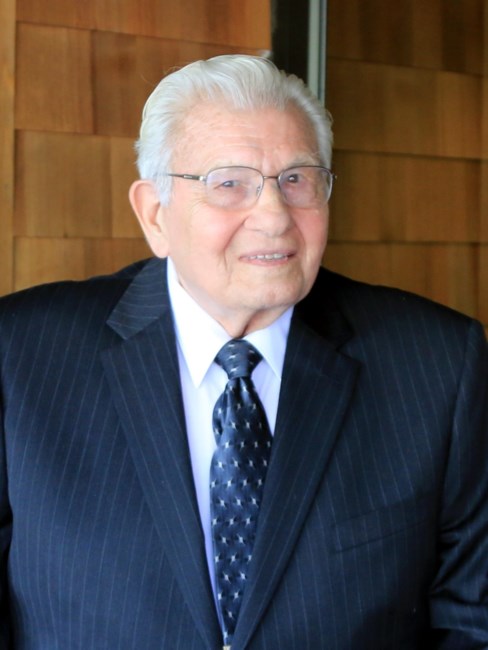 Antonio “Ralph” Sgarlata Born in New York City on November 17, 1928, he was a son of the late John and Sophia Sgarlata. Survivors include a son, John Sgarlata, and his wife Nancy of Fredericksburg, two grandchildren, John Sgarlata Jr. and his wife Amanda and Sarah Rose Blake and her husband Matthew, four great grandchildren, Stella Rose Sgarlata, Luke Antonio Sgarlata, River Matthew Blake and Avery Rose Blake, a sister-in-law, Anna Sgarlata, as well as several nieces and nephews. He was predeceased by his wife, Angela Sgarlata, his sisters Ann Manuzza and Francis Zino, and brothers Anthony and Salvatore Sgarlata. Angela and Ralph shared 62 years of marriage. His unwavering devotion to Angela was everlasting. Ralph was a doting and attentive husband, father, and grandfather. His love for his family was immense and his love for the Lord showed in all that he did. He was active in his church throughout his life, and always his family’s support. The joy his family brought him was obvious, along with a good joke and a game of solitaire. He enjoyed the creativity of needle point, a sudoku puzzle, and his Bible studies. His quick wit, smile and laughter will be sorely missed by his loved ones. A graveside service for Ralph will be held Tuesday, August 16, 2022, at 10:30 AM at Quantico National Cemetery, 18424 Joplin Road, Triangle, VA 22172. In lieu of flowers, memorial donations may be made to the Alzheimer's Foundation at www.alzfdn.org. Fond memories and expressions of sympathy may be shared at www.mullinsthompsonfredericksburg.com for the Sgarlata family.
See more See Less

In Memory of Antonio Ralph Sgarlata