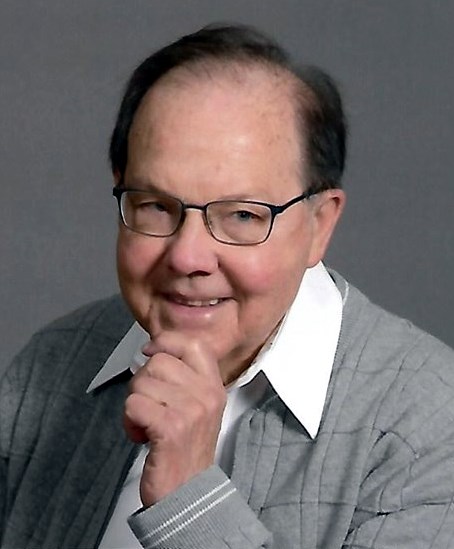 Andrew "Andy" J. Weidekamp, 80, of Carmel, Indiana passed away on Wednesday, September 14, 2022. Andy was born on November 17, 1941 in Indianapolis to the late Margaret A. (Egan) and Andrew W. Weidekamp. Andy is survived by his wife of 48 years Dottie (Sitzman) Weidekamp, his daughter Lisa Weidekamp, his sister Cecilia (Ceci) Buchman, and many nieces and nephews. In addition to his parents, Andy was preceded in death by his brother-in-law Jerry Buchman. Andy graduated from Little Flower Catholic Grade School in 1955 (where he was a Boy Scout) and Scecina Memorial High School in 1959 (where he was in the marching and pep bands). He decided to enter the seminary after high school, but was told that his four years of Latin in high school was not enough, so he studied Latin for two years at St. Mary’s College in Kentucky. He then enrolled in the seminary and completed degrees at St. Meinrad College and St. Meinrad School of Theology in 1967. Andy was ordained a priest for the Archdiocese of Indianapolis in 1967 where he was an associate pastor at Holy Spirit for five years. As a young associate a lot of his work involved working with the younger members of the parish. Andy said his goal there was to “make God real for the folks in the pew”. After much prayer and searching Andy decided to leave his vocation in 1972. When he left the priesthood he found support with a group of St Meinrad alumni, who also had left the priesthood. They and their wives became lifelong friends. Andy and Dottie married at St. Thomas Aquinas Church in 1974. Andy wrote “Married life did indeed bring us closer to God. The closeness to each other revealed that there was more going on than just the two of us.” In 1976 their daughter Lisa joined the family. Andy wrote that “Watching her grow into the woman she is today has been a gift from God ever since.” The Weidekamp family took their pop-up camper on many camping trips in the midwest. Andy and his good friend Bill Hubbs earned their MBA degrees from University of Indianapolis in 1982. Andy worked for Presbyterian Housing, Retirement Housing Foundation, and then worked as a hospital and nursing home administrator at a variety of places until 2003. After retirement he completed the Spiritual Direction program at the Benedict Inn Retreat and Conference Center run by Sisters of St. Benedict. Andy and Dottie have been active members of the St. Thomas Aquinas (STA) parish for 50 years. Andy was a lector and a canter. Andy and Dottie mentored many engaged couples in the Marriage Preparation program over the course of 30 years. He and Dottie enjoyed many lively discussions and fellowship with their faith sharing group as well. Andy had a host of medical issues, but he faced them with grace and courage. With the love of his family and friends he was active until the day he died. He attended his 55th St Meinrad Reunion in August. He regularly participated in Zoom discussions with his classmates from St. Meinrad, his book club, the STA bible study, and with his fellow spiritual directors’ group. Andy also wrote poetry throughout his life. His annual Christmas poems will be missed by many. Andy was patient, kind, and wise. He was a spiritual person who believed that God is Love. He studied scripture and made connections between the Church and its Sacraments, lessons of the bible, and God’s love for us. On his 80th birthday he wrote… “I long ago have tried to understand the answer to the question “Why am I here?” Now I have accumulated 80 years of life. An answer is beginning to come into focus. First, my understanding of God has changed. The God I know and have experienced is dynamic and underpins all of creation as we know it and will come to know it. A pause and a look around reveals this. However life started, it resulted in all of us being who we are. The more we live, the more life transforms as we go. We are constantly letting go of present life for future life. This being I sense is a personal Being who wants to interact with each of us. I am more convinced that God is Love. Love involves learning to trust. I know this because of all the people who have been part of my life and taught me to trust. The love that I have felt from each of them starting with my family has given me a sense of a larger Spirit of Life and Love. I have been learning to trust that Love and hope to continue that trust as life continues to transform. I know who I am because I have been loved into life. I know why I am here because I am meant to be loved and to love in return. For all of this, I am grateful.” You can see Andy talking about this in his 80th Birthday celebration video on YouTube. https://youtu.be/mE52eND8DvU A visitation for Andy will be held Friday, September 23, 2022 from 4:00 PM to 7:00 PM at St Thomas Aquinas Church, 4600 N Illinois St, Indianapolis, Indiana 46208. A time of sharing will begin at 7:00 PM. A Mass of Christian burial will occur Saturday, September 24, 2022 at 10:00 AM at St. Thomas Aquinas Church. In lieu of flowers, memorial contributions in Andy's memory may be made to St. Vincent de Paul Boulevard Place Food Pantry (4202 Boulevard Pl, Indianapolis, IN 46208) or the American Diabetes Association (P.O. Box 7023, Merrifield, VA 22116). Fond memories and expressions of sympathy may be shared at www.feeneyhornakkeystone.com for the Weidekamp family.
See more See Less

In Memory of Andy Weidekamp