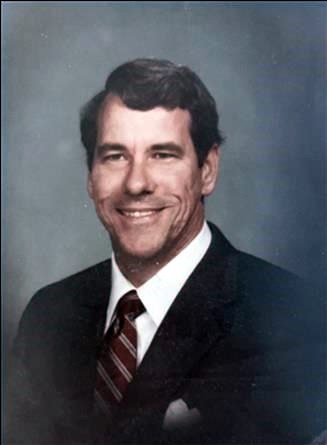 M. Paul deVietien, 74, passed away peacefully of natural causes on August 20, 2022, at his home in Sarasota, Florida. He was born in Indianapolis, Indiana on February 2, 1948, son of the late Max Joseph and Silva Manouge deVietien. He is survived by his brother, Philip deVietien, two children, Peter de Vietien and Mary Zavala-de Vietien (spouse Christian Zavala), and two grandsons, Christian and Sebastian Zavala-de Vietien. Paul’s father, Max, was a Ph.D. born in Ebling, Germany who had a successful career at Eli Lilly and Company and made many community contributions across Indianapolis. Paul was known for being a dedicated family man with vast and wide-ranging knowledge and an active servant’s heart. He was an Eagle Scout in Boy Scout Troop 174 and an altar boy at Immaculate Heart of Mary Church in Indianapolis. He graduated with honors from Brebeuf Jesuit Preparatory School, in the first graduating class of 1966. He graduated from the University of South Florida with a Bachelor of Arts degree in 1971 and later graduated from Indiana University with a Bachelor of Science in Business in 1976. Paul was a financial auditor for the state of Indiana and owned a public accounting practice in northwest Indianapolis for seven years. He was a stockbroker for 28 years with Prudential and later Smith Barney. Paul was married in 1985 and was a loving and beloved father. He was a proud grandfather and treasured all the time he spent with his grandsons. Throughout his life, Paul continually volunteered his time and talents to helping people in need, which included mentoring children. He served as a deacon at Second Presbyterian Church in Indianapolis and as a tutor in an after-school program at Westminster Presbyterian Church near downtown Indianapolis. Paul received a commendation from the Indianapolis Mayor’s office for fundraising activities in support of inner-city children. Paul helped many people quietly and effectively. When he learned a man in Indianapolis needed to get around better to improve his life, Paul bought a bicycle and gave it to him. In countless such ways, Paul touched people’s lives. Paul retired to Florida, where he continued his service to others at St. Paul Catholic Church in Tampa as well as at St. Timothy Catholic Church and Idlewild Baptist Church in Lutz. He taught and inspired many young children as a substitute teacher in schools throughout the Tampa area. Visitation will be on Tuesday, September 20, 2022, starting at 10:00 a.m., followed by the funeral Mass at 11:00 a.m. at Immaculate Heart of Mary Church, 5692 Central Avenue in Indianapolis. Burial will follow immediately at Calvary Cemetery, 435 West Troy Avenue in Indianapolis. The family encourages remembering Paul by taking the first available chance to act in charity to another and suggests memorial contributions may be made to Immaculate Heart of Mary Church. Arrangements are being handled by Leppert Mortuary. Fond memories and expressions of sympathy may be shared at www.leppertmortuary.com for the deVietien family.
See more See Less

In Memory of M. Paul deVietien