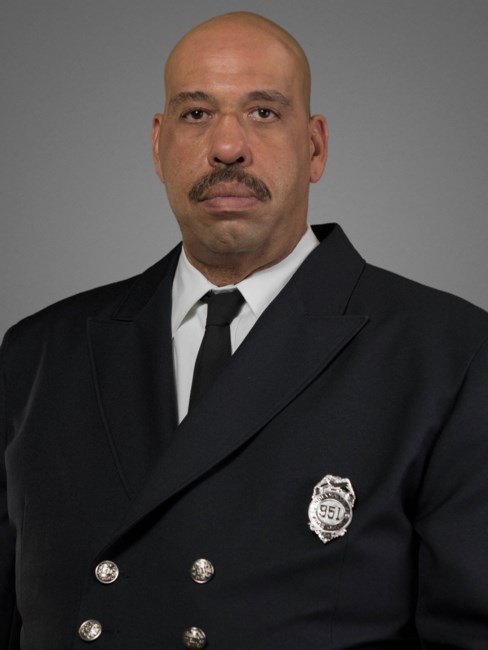 Matthew David Bennett was born on December 23, 1970 in Indianapolis, Indiana to his proud parents, Rosanne Banich Bennett and Sylvester Walter Bennett Jr. From the moment he took his first steps and spoke his first words, Matt knew his dream was to become a “Fireman”. One of his mother’s fondest memories is when Matt was 4 and he dialed 911 to report a fire in the neighborhood just too simply see the Fire Trucks race by in route to the imaginary fire. This resulted in Matt being visited by the local sheriff to remind a tearful, repentant boy the importance of calling 911. Matt would continue his attraction to fire trucks by riding his bike to the local firehouse hoping for a chance to just get in. As a teen, Matt joined the Explorer Scouting Program that allowed youth to specialize in fire and rescue. This is where Matt’s passion began to flourish as he was exposed to mentors and opportunities to explore the world of firefighting, even if that meant only washing the trucks and rolling up hoses. From many and varied opportunities, Matt was able to build lifelong friendships. Matt continued to follow his dreams and transition into Junior and Cadet roles within the area firehouses. Matt, a veteran firefighter of 23 years and a dedicated public safety servant of 38 years became a Wayne Township Reserve Firefighter in 1982, and on December 1, 1997 was appointed to the Franklin Township Fire Department, and later to the Indianapolis Fire Department when Franklin Township merged with IFD in 2010. Prior to his appointment Matt was an IFD Dispatcher and an EMT. All his years of service allowed him to be a well-respected, well-loved mentor, educator, and role model within the firefighting community. In 2004 Matt welcomed his daughter, Samantha Rae, with her mother Lee Ann Bennett. Samantha would become the joy of his life, sharing Daddy-Daughter Dances and his love of country music. Samantha loved when he sang his favorite country songs along with the car radio, and visiting him frequently at the firehouse, learning early her father’s passion for firefighting. When Matt was not busy fighting fires or saving the world, he enjoyed riding out on his motorcycle, often attending benefit rides with friends. Matt was also an avid camper, always ready to take his RV out and dreaming of retirement when he would be able to travel the country. Matt had a personality bigger than life and could be heard a mile away. Friends played an important role in Matt’s life. He was always ready to attend parties, often the planner for his family functions. Matt looked forward each year to the Fire Department Instructors Conference (FDIC) and St. Patrick’s Day. Matt was always busy around the house and household supplies were never in high demand as he loved to bulk shop. To maintain his figure Matt enjoyed his Diet Mtn Dew soda, gas station hot dogs, Qdoba and Long’s Donuts. Often known as “Grape Ape” by his friends and as the practical joker, Matt was always finding a way to have a good time. Matt loved his family and friends and was a reliable presence in his community, always ready to help. Very rare was there a place he went that he was unknown. Matt was preceded in death by his Father Sylvester W. Bennett Jr., his beloved Grandfather Anthony J. Banich Sr., Grandmother Florence Bennett Banich, Grandfather Sylvester W, Bennett Sr., and Grandmother Eva Mae Bennett. Matt is survived by his daughter Samantha Rae Bennett, his life partner Carlita Hobert, Mother Rosanne Banich Bennett, Sister Jennifer Ann Bennett (Lorenzo), Brother Jeffrey Alan Bennett (Jonalyn), Sister Sarah Bennett Dillard (Jonathan), nephews; Deandre and Tyree Thompson, Timothy Edwards Jr., Joshua Dillard, niece Joie Bennett, Carlita’s daughter Alexandria Brouwer, son Chandler Brouwer, grandchildren; Grace Gwyndolyn and William Jr., along with a host of uncles, aunts, cousins and friends. Matt also leaves behind his fellow brothers and sisters of the entire Indianapolis Fire Department. Visitation will be held on Sunday, November 22, 2020 at Crown Hill Funeral Home and Cemetery from 12 p.m. – 8 p.m. Service by invitation only will be held on Monday, November 23, 2020. Service will be live-streamed through Crown Hill Funeral and Cemetery Facebook page approximately at 11 a.m. In Lieu of flowers, please consider a memorial contribution and designate to be in Matt’s honor to: The Indianapolis Fire Buffs, PO Box 42057, Indianapolis, IN 46242
See more See Less