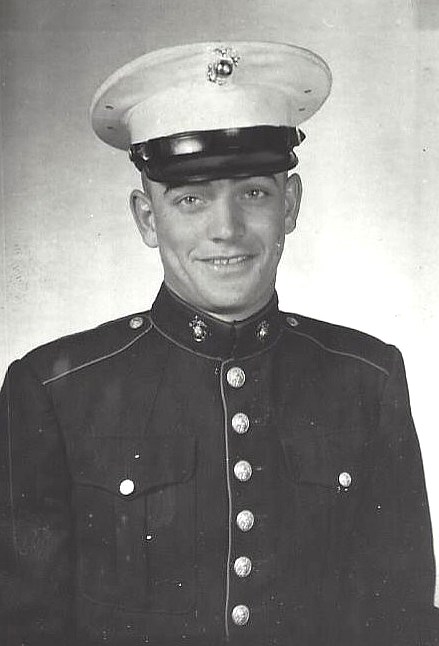 HOWARD, Charles Balfour, Sr., passed from this life on December 17, 2017. He is predeceased by his wife Mary Lou Howard, mother Lona J. Howard, father Ruben T. Howard, Sr., brother Ruben T. (Tink) Howard, Jr., son Harry William Stewart Howard, and step-son John B. Trimmer. He is survived by his wife Frances Trimmer Howard, son Charles B. Howard, Jr. (Pattie), daughter Virginia H. Axtell (Guy), son Murray L. Howard (Sasa), son Stephen T. Howard, step-son David W. Trimmer (Marie), step-daughter-in-law Patricia T. Hancock (Steve), seventeen grandchildren and nineteen great-grandchildren. Charles was always a loving son, husband, father and grandfather. He graduated from VCU (then Richmond Professional Institute of William and Mary) in accounting and was a CPA and business man. He was most proud of being a Marine and earned the Purple Heart in the Korean War. The burial service will be private. A memorial service will be held on Saturday, January 6, 2018 at 1:00 pm with a reception to follow at the Nelsen Funeral Home, 4650 S. Laburnum Ave., Richmond, Virginia 23231. In lieu of flowers, please consider donating to the Hospice/Palliative Care Unit at The McGuire Veterans Hospital, 1201 Broad Rock Boulevard, Richmond, VA 23249, or the Pioneer Baptist Church building fund at 3140 Darbytown Road, Richmond, VA 23231, or the charity of your choice. Online condolences may be conveyed at www.NelsenRichmond.com
See more See Less

In Memory of Charles B. "Rex" Howard, Sr.