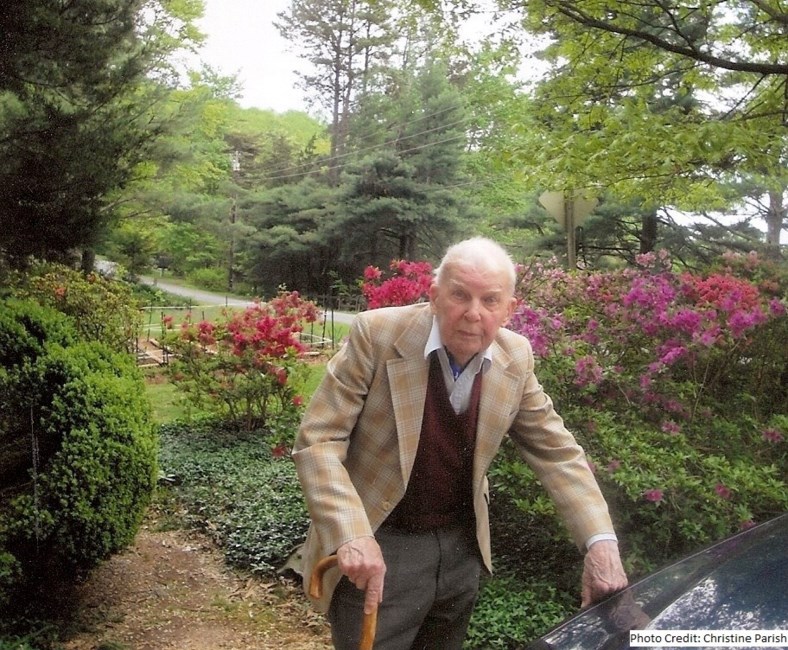 John Douglas Forbes, PhD, father, husband, Professor Emeritus, 2nd Lieutenant U.S. Army World War II, author, kite-flyer, world traveler, teacher and friend to so many, passed away on January 19th, 2018, at the age of 107. He was born in San Francisco, CA, on April 9, 1910, to John Franklin Forbes and Portia Ackerman Forbes. His education included a BA from the University of California, Berkeley; MA from Stanford University; MA and PhD from Harvard University. Following his tenure as Curator of Art at the 1939 San Francisco World's Fair on Treasure Island, he began his college teaching career at the University of Kansas City (now the University of Missouri at Kansas City) from 1940-1942. He then served in the U.S. Army in 1942, from which he was honorably discharged. He returned to college teaching at Bennington College from 1943-1946. From 1946-1954, he taught at Wabash College. In 1954, Dr. Forbes was invited to help form, and become the first professor hired for, the Colgate Darden Graduate School of Business Administration at the University of Virginia. He taught at the Darden School from its first semester in session in the Fall of 1955 until he retired at end of the Spring semester of 1980. After his retirement from the Darden School, Dr. Forbes taught History of Art and Architecture through the University of Virginia Division of Continuing Education from the Fall semester of 1980 through the end of the Spring semester of 2003. He retired from the Division of Continuing Education in 2003, completing more than 60 years of teaching at the college level. Dr. Forbes also worked as an accountant for a period of time in his father's accounting firm, J.F. Forbes, Inc., in San Francisco. John D. Forbes authored several books, ranging from biographies to murder mysteries; numerous articles and papers; and his Memoirs (currently in editing). Among his works are: Israel Thorndike; Victorian Architect; J.P. Morgan, Jr. (1867-1943); Murder in Full View; I'd Be Tempted to Dip Into Capital First. In addition, he was the editor of the Journal of the Society of Architectural Historians from 1953-1958. Dr. Forbes received the Officier Ordre des Palmes Académiques from the French Government, and the Cavaliere Ordine al Merito from the Italian Government. His many Life Memberships include the American Historical Association; The College Art Association; The Mechanics Institute (San Francisco); the California Historical Society; and the National Trust for Historical Preservation. He was an honorary member of the American Institute of Architects. John D. Forbes belonged to many associations and clubs, including: Phi Beta Kappa; the Colonnade Club (University of Virginia); American Council of Trustees and Alumni (life); American Kiteflyers Association (life); Farmington County Club (Charlottesville); the Pacific-Union Club (San Francisco); Cambridge Boat Club (Boston); and the Tennis and Racquet Club (Boston). He was preceded in death by his parents; by his first wife, Margaret Funkhouser Forbes (d. 1979); and by a daughter, Penelope (b. and d. 1940). He is survived by his wife and caregiver, Mary Elizabeth Forbes; by his children with Margaret Forbes, Pamela Forbes and Peter Forbes; by his child with Mary Elizabeth Forbes, Michael Forbes; and by his grandchildren: Alexander John Forbes,II; Anne de Marcken Forbes (Marilyn Freeman); Sophia Forbes McLane; and Allegra Longfellow Forbes. He is also survived by a brother-in-law, Samuel R. Lewis (Manila), and a sister-in-law, Catherine Helean (John). He also leaves behind numerous other relatives; a host of former students and friends; and his dear Yorkshire Terriers, Sona and AJ. There will be no services. Please omit flowers. A private interment will take place at a later date at Arlington National Cemetery. Arrangements are through Teague Funeral Home, Charlottesville, VA: 434.977.0005; www.TeagueFuneralHome.com. The family wishes to especially thank Seki Balogun, M.D.; Charles E. Myers, Jr, M.D.; Daniel Sawyer, M.D.; Michael Forbes, M.D.; Stephanie Wolfe, M.D.; Rachel Poliquin, M.D.; William Talbott, M.D.; the staff and physicians of Martha Jefferson Hospital, Charlottesville; Hospice of the Piedmont; Krystyn Dotson, ACAC; Constance Taylor, CNA; Ceira Chambers, CNA; Rebecca Williams, PT; Shannon Carter, RN; and Julie Domecq, RN, for their care and encouragement. Following Dr. Forbes' request, the family asks that memorial contributions be sent to the University of Virginia, in care of Lee Forker, 718 Main Street, Hingham, MA 02043, with the Memo: “In Memory of Dr. John D. Forbes”; or, to Caring For Creatures, 352 Sanctuary Lane, Palmyra, VA, 22963, with the Memo: “In Memory of Dr. John D. Forbes”.
VER MÁS VER MENOS