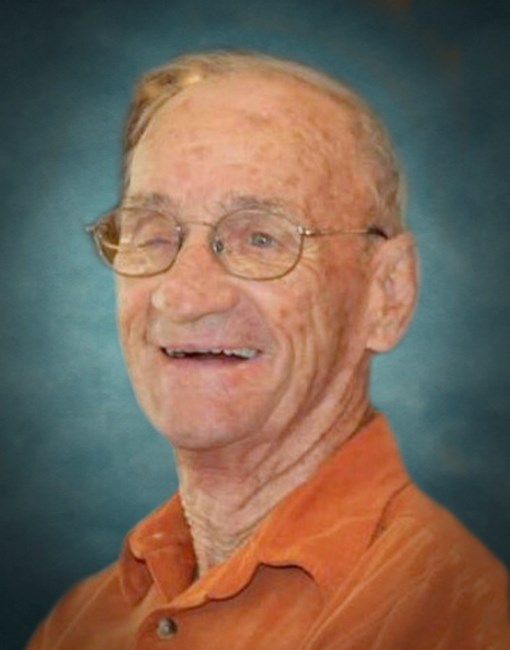 Roger Dwain Denbo, 90, died peacefully in his home in Princeton, Indiana on July 29, 2022, with his loving family at his side. Roger was born in Plainville, IN on May 25, 1932, to Roger Harvey Denbo and Mildred Ruby (Killion) Denbo. He is preceded in death by his parents, his wife, Maxine “Micky” (Marks) Denbo (2018), his sisters, Janet Deal (Marshall, IL) and Jeannine Gaither (Washington, IN). He is survived by his two daughters, Diane Denbo (Haubstadt, IN), and Cheryl Denbo (Princeton, IN), and five sons, Roger Blaine (wife Dena, Broussard, LA), Alec (wife Diana, Bandera, TX), Craig (wife Becky, Princeton, IN), Gary (wife Penny, Wesley Chapel, FL), & Brent (wife Shannon, Princeton, IN), and his brothers, Monte (Rising Sun, IN), Phillip (Bloomington, IN) and his sisters, Phillis Young (Bloomington, IN) and Linda Wehrly (Minatare, NE). Roger was a devoted husband and father. From the day he met Micky on a cruise ship, during his senior class trip from Lafayette Central High School in Indiana, for the next 70 years they rarely left each other’s side. He treasured his wife dearly and he embraced his time with his children. As a young man he loved playing baseball, softball and basketball. He coached and watched countless ball games with his boys, and he was an avid golfer. He served in the United States Air Force from 1950-1953. In 1956, he started his professional career in Quality Control at Potter & Brumfield in Princeton, IN. Upon his retirement in 1991, Roger & Micky moved to Florida, where they spent their early retirement years traveling in their RV, golfing, visiting family, making new friends, and enjoying life to the fullest. In 2017, they moved back to Princeton to be closer to their 7 children, 23 grandchildren, 32 great grandchildren, and 6 great-great grandchildren. A memorial service for Roger & Micky will be held at the Princeton Country Club on Saturday, October 1, 2022, from 1:00 to 4:00 pm. Roger’s Facebook will remain open where friends and family are welcome to post memories and final words. Condolences may be offered at www.AlexanderWestChapel.com.
VER MÁS VER MENOS