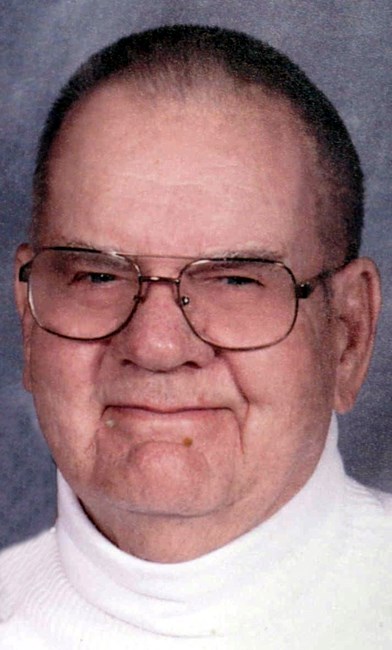 Harold “Don” L. Donelson, 91, passed away Monday, August 1, 2022, at Miller's Merry Manor in Fort Wayne, Indiana. He was born on August 9, 1930 in Fort Wayne to the late Roy and Erma (Doherty) Donelson. After graduating from North Side High School, Don served as a 1st Lieutenant in the U.S. Army. He worked as an accountant with Central Soya for 32 years. Don loved golf and was an avid fishing enthusiast. Surviving are his children, Ann M. (Lonnie) (Donelson) Millsaps of Chattanooga, TN; son, Steven L. (Pamela G.) Donelson of Mansfield, TX; and grandchildren, Dakota L. and Shyann N. Donelson. In addition to his parents, he was preceded in death by his wife of 61 years, Sally (Zimmerman) Donelson; and his son, James Donelson. A calling to honor Don's life will be held from 6:00 to 8:00 pm on Sunday, August 7, 2022, at D.O. McComb & Sons Maplewood Park Funeral Home, 4017 Maplecrest Road, Fort Wayne. He will be laid to rest at Greenlawn Memorial Park, Fort Wayne. In lieu of flowers, and in honor of Don’s loyal companion German shepherd, “King,” memorial donations may be directed to K9s for Warriors. Fond memories and expressions of sympathy for Don’s family may be shared at www.McCombandSons.com.
VER MÁS VER MENOS