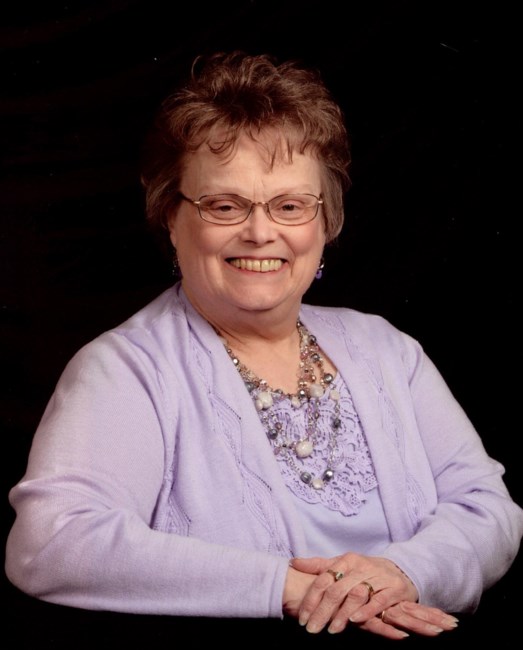 Jean Ann Martin Snyder, age 74, died November 14, 2021, at Lutheran Life Villages in Kendallville, Indiana. Jean was born April 28, 1947 in Marion, Ohio, to Eugene and Audrey (Burggraf) Martin. She graduated Marion Harding High School in 1965, where she began dating her husband Gary Lynn Snyder. Gary and Jean were married December 19, 1967 in Marion, and enjoyed 40 years together before his death in 2008. They, along with their two daughters, Michelle and Lori, lived in Marion until 1984 when Gary’s work moved them to Fort Wayne, Indiana.

Jean worked as a medical transcriptionist for several hospitals and doctor’s offices. After she became wheelchair bound, she worked from home. She was skilled at her job and amazed her family with her extreme typing speed.

Jean was a dedicated follower of Jesus Christ and an active member of her church, Taylor Chapel United Methodist. She loved to sing and had been a member of the church choir and also sang solos. Later in life she began crocheting and learned to make prayer shawls which were given to many people through the women’s group. Porcelain dolls were a passion of hers. She collected and displayed many in her later years which earned her the nickname Dolly Girl.

Jean loved her family and poured her heart and love into them. She leaves behind her daughters Michelle (Patrick) Litell of Marion, Ohio, Lori (Kip) Yurt of Kendallville, Indiana, 5 grandsons: Benjamin Lehman, Brandon Litell, Vincent Yurt, Dallas Yurt, and Blake Litell, one great grandson, her beloved brother Craig (Lisa) Martin and niece Jennifer and nephew Jared of Texas. She was preceded in death by her parents and husband. Jean’s family wishes to thank the staff at Lutheran Life Villages for their care during the last several years of her life. She made many friends there, participated in church and activities, and cared for the people who worked there. Funeral service will be 11 am Thursday December 2, 2021 at D.O. McComb and Sons Maplewood Park Funeral Home 4017 Maplecrest Road Fort Wayne IN., with visitation one hour prior. Visitation also 2-4 and 6-8 Wednesday December 1, 2021 at the funeral home. Burial in Bowers Cemetery Fort Wayne, IN. Memorials may be made to Taylor Chapel Church or Alzheimer’s Foundation. To sign the online guestbook go to www.mccombandsons.com