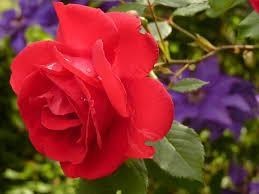 Madeline Agnes Hechinger, 90, of Broadway, passed away on August 10, 2017 at Willow Estates. She was born on June 27, 1927 in Valley Stream, NY, and was the daughter of the late Jacob and Margaret Gosch Kaiser.

She was married to Charles Hechinger, who preceded her in death on October 9, 2007. She is survived by her children, Robert Hechinger and wife, Sigrid, of Coleville, WA, Karen Hechinger of Reno, NV, Diane C. Oswald and husband, Michael, of Broadway, and Janice Hechinger of Lindenhurst, NY; three grandchildren, Hunter, Kristinna and Jake.

The family will receive friends at the Massapequa Funeral Home, South Chapel, in Massapequa Park, NY on Thursday, August 17, 2017 from 4:00 until 8:00 p.m.

Interment will follow at the Long Island National Cemetery in Farmingdale, NY. Local arrangements are by the Lindsey Funeral Home in Harrisonburg and condolences may be sent to the family by visiting www.lindseyharrisonburg.com.