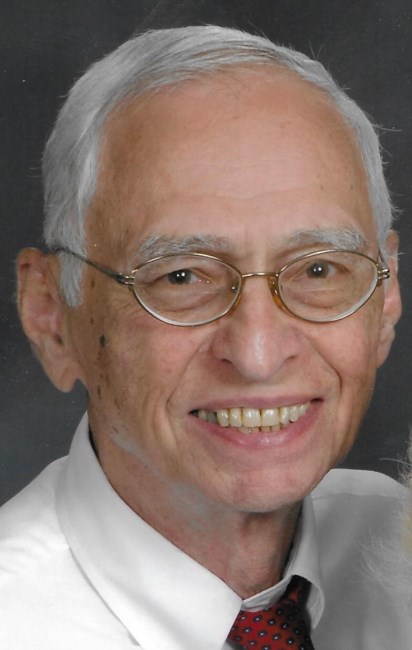 John Rice O’Loughlin, Professor Emeritus, IUPUI, Indianapolis, 84, passed away on April 13, 2018. He was born August 12, 1933 in New Castle, Pennsylvania to Leo Thomas and Florence Louise Rice O’Loughlin. John graduated from St. Mary’s High School in Warren, OH in 1951. He earned his BS in Mechanical Engineering from Youngstown University in 1955, his MSME from University of Pittsburgh in 1959 and his PhD from Purdue University in 1961. Later, he earned an MBA from Indiana University. John spent his career as a professor of mechanical engineering first at Tulane University and then at IUPUI. John married Carol Broemmelsiek of South Bend, IN on January 27, 1962 and together they had three children. John enjoyed gardening and repairing small engines. He was a member of A.S.M.E. and Christ the King Parish for 45 years. John is survived by his beloved wife of 56 years Carol Broemmelsiek O’Loughlin, children, Catherine “Kate” (Kevin) O’Connell, Marian (Kevin) Power, Leo (Carrie) O’Loughlin, brother, Br. Gerlac O’Loughlin OCSO, sisters, Marian Halasz and Catherine Swan, and grandchildren, Erin O’Connell, Anna O’Connell, Mary O’Connell, Cassie Clark, Allison Clark, Mary O’Loughlin. Mass of Christian Burial will be Saturday, April 21 at 11 am at Christ the King Catholic Church with visitation an hour before the service. Memorials in John’s name may be made to Christ the King Catholic Church. He will be laid to rest privately at Our Lady of Peace Catholic Cemetery at a later date. Services entrusted to Feeney-Hornak Keystone Mortuary. Remembrances and thoughts may be made at www.feeneyhornakkeystone.com
VER MÁS VER MENOS