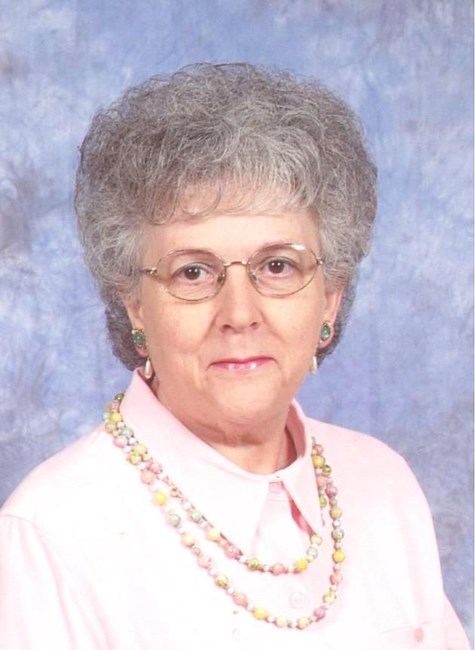 Edna Frances Wingfield, 77, of Martinsville passed away on January 21, 2018. She was born April 28, 1940 to William Pinkney Wingfield and Esther Brown Cahill. In addition to her parents, she was preceded in death by infant daughter, Liesa Dawn; three brothers, Rudolph, Bobby and Benny Winfield. She is survived by her sister-in-law, Violet Hundley; niece, Robin W. Seals; nephew Earl Wingfield; several other nieces, nephews and cousins. Ms. Wingfield worked as a cosmetologist early in her life and later became a Licensed Practical Nurse. She was a member of Trinity Baptist Church where she taught Sunday school, faithfully served as Act-Teens Director and Counselor, and sang in the choir. At the time of her death she was a member of McCabe Memorial Baptist Church. She was a voracious writer of journals and poetry and lover of music. The funeral service will be held at 11:00 a.m. on Thursday, January 25, 2018 at McKee Stone Funeral Home with Reverend Dr. G.H. Vaughn officiating. Burial will follow at Oakwood Cemetery. Visitation will be one hour prior to the service. In lieu of flowers memorial donations may be made to SPCA, 132 Joseph Martin Hwy., Martinsville, VA 24112 or Disabled American Veterans, P.O. Box 3401, Martinsville, VA 24112 Arrangements are by Collins-McKee-Stone Funeral Home-Martinsville, VA. To express condolences online, please visit www.collinsmckeestonemartinsville.com
VER MÁS VER MENOS