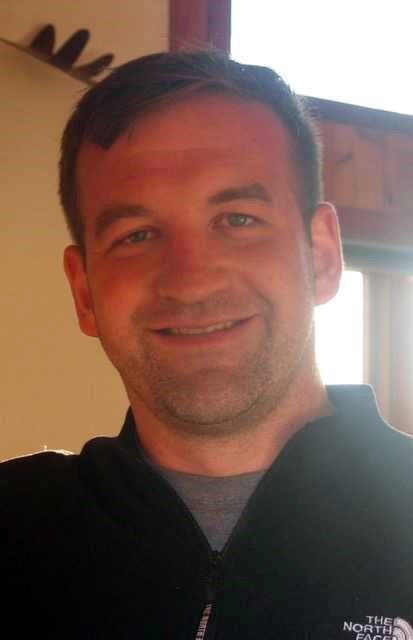 Randolph Tyler Stone, known to all by his middle name, Tyler, was born on August 13, 1975 in Martinsville, Virginia, the son of William F. Stone, Jr. and Catherine Roy Stone and younger brother of William (“Will”) F. Stone, III. His primary and secondary education was in the public schools of that City. He was a member of the Marching Band and the Jazz Band of Martinsville High School and served as its student body president in his senior year. He graduated in 1993 and was a member of that group of students awarded the “Big M” award for academic achievement. In the Fall of that year he enrolled at Wake Forest University in Winston-Salem, NC, and graduated with honors in 1997 with a B.A. degree. He was a member of Sigma Chi Fraternity and served in his junior year as Speaker of the House of the Wake Forest student government. He then worked a year in Washington, D.C. in the office of the Honorable Virgil H. Goode, Jr., the representative of Virginia’s Fifth Congressional District in the Congress of the United States. In the Fall of 1998 he enrolled in the School of Law at Washington and Lee University in Lexington, VA and graduated in 2001 with a Juris Doctorate degree. Thereafter he was admitted to practice law in the Commonwealth of Virginia and the State of Tennessee. In 2002 he was commissioned an officer in the Judge Advocate General Corps of the United States Navy and provided legal services to the Navy and its personnel in Charleston, SC and San Diego, CA. He also served tours of duty in Iraq during the Iraq War and in Bahrain. After resigning from the Navy, he pursued entrepreneurial activities in Charleston and Las Vegas, NV. After a several year period of declining health, he died in his apartment in Las Vegas on September 21, 2022. He is survived by his parents of Davidson, NC, his brother and sister-inlaw, Will and Rebecca Robbe Stone, and their daughters, Sally Katherine (“Katie”) Stone, Courtney Ellen Stone, Natalie Rebecca Stone and Ivey Eleanor Stone, all of Fayetteville, GA, the following uncles and aunts, Charles M. and Nancy Black Stone of Whitefish, MT, Vincent C. and Mary Ellen Purner Stone of Martinsville, Charles T. and Janeice Wright Roy, Jr. of Greenville, SC, and John E. and Eleanor (“Lyn”) Roy Douglas of Atlanta, GA, seven first cousins and their children, as well as a great many very good friends. He also is survived by his beloved dog, T-Bone. He was preceded in death by his paternal and maternal grandparents, William F. and Ivey Courtney Stone of Martinsville, and Charles T. and Eleanor Thomson Roy of Greenville, SC, and a treasured younger first cousin, Howard Hillhouse Stone. Tyler displayed an astonishing ability throughout his life to connect with people of all ages, races, cultures, and walks of life. He was devoted to his friends and nurtured those relationships regularly. He was a gifted mimic, often to the great amusement of his family and friends, but never used his talent to belittle or demean anyone else, and often entertained others with a quick wit and a great storytelling ability. His entrepreneurial pursuits provided an outlet for his creativity, and he maintained a keen interest through the years for new and emerging technologies and products, with a particular passion for textile and apparel that could be completely sourced and produced in the United States. He loved participating in political discussions and passionately followed many sports, especially his Wake Forest Demon Deacons and other ACC teams. He had an unusual care and thoughtfulness towards others, often considering their needs above his own, and he was an enthusiastic and generous gift giver, especially to his nieces who delighted in the interesting, useful and sometimes crazy presents they received from their beloved “Uncle Ty.” He was marvelous company, unfailingly kind, and it is no exaggeration to say that almost everyone who knew Tyler well truly loved him. The interment of his ashes will be private. There will be a Celebration of Life service at First Presbyterian Church in Martinsville on October 22 at 2 p.m. to provide an opportunity for his family and friends to remember and share the joy and laughter he bought to their lives. In lieu of flowers, anyone wishing to make a memorial gift may wish to consider the Community Foundation Serving Western Virginia, POB 1124, Martinsville, VA 24114 with a notation “in memory of Tyler Stone.” Funds will be used to support economic development in Martinsville and Henry County community. McKee-Stone Funeral Home is assisting the family.
VER MÁS VER MENOS