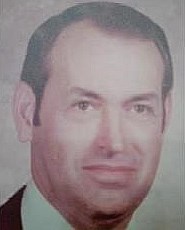 James T. Tussing, 87, died peacefully in his sleep on December 4, 2021. He was with his family. Jim was born in Timberville, VA, and always shared a special bond with his two sisters, Roxie Willis and Jean Fontana. He had a wonderful smile and was one of the kindest people you could ever meet. He has lived in Williamsburg since 1986.

He met the love of his life, Martha, when he served with the 101st Airborne as a Master Parachutist and jumped out of “perfectly good airplanes” and she worked at a bank in Hopkinsville, KY. They were married in 1963 and traveled all over the world together, including overseas tours in Germany and England. She passed away in 2013.

Jim left the farm when he was 16 and attended Virginia Tech. He graduated in 1955 and earned a commission as an Army Officer. He loved the Army, had a strong moral foundation, and served honorably for 31 years, including a combat tour in Vietnam. He retired as a Colonel, after serving as the Burtonwood Army Depot Commander in England and as a senior staff officer at TRADOC at Fort Monroe. He was awarded numerous commendations, including the Legion of Merit and Bronze Star.

After the Army, Jim earned a real estate license so that he could help Martha and spend more time with her. He volunteered to help Soldiers with their taxes at Fort Eustis and later worked for H&R Block. He also served as the transportation coordinator for the Kingsmill PGA/LPGA Golf Tournament for many years. He became a dedicated member of the Williamsburg Lions Club and continued with his passion of serving others. Jim was very active and loved being outside, especially gardening and taking care of his yard. He had a blessed life and remained healthy and independent. He made a positive impact on many lives and was well loved.

We are extremely thankful for the wonderful neighbors he had in Kingsmill, as well as the Lions and the great friends he had across the Peninsula and beyond.

The family will receive friends at the Nelsen Funeral Home in Williamsburg on Saturday, January 8, 2022, from 9 to 11 a.m., followed by a memorial service at Bruton Parish Church at 2 p.m., 201 Duke of Gloucester Street, Williamsburg, VA 23185. Parking will be available to all attending the memorial service and reception on Duke of Gloucester Street. Interment will be in Arlington National Cemetery at a later date.

In lieu of flowers, donations in his memory may be made to the Williamsburg Host Lions Club or a charity of your choice. Online condolences may be shared at www.nelsenwilliamsburg.com.