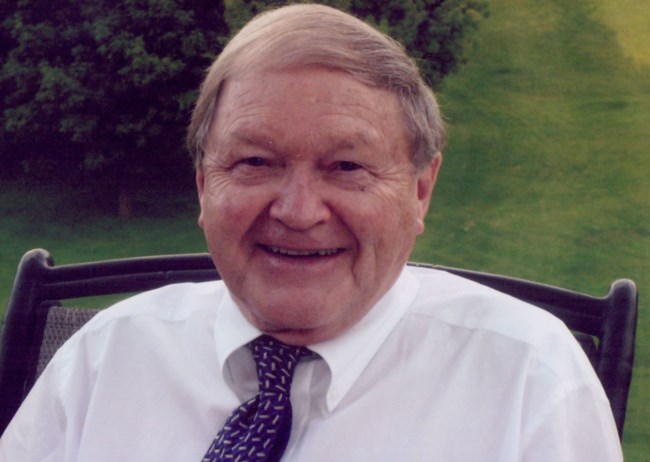 Dr. Glasier Mitchell Somerville, BSc MD FRCSC Willowdale, Ontario–Glasier passed away peacefully with his entire family by his side, at home on Sunday July 28, 2019. Born in Bristol, New Brunswick on July 2, 1934 to the late Dr. Donald and Helen Somerville. Beloved husband to Dr. Josephine Somerville (nee McFadgen). Dearly missed father to his five children, John (Jane), Dr. Susan(Peter), Peter (Darla), Lloyd (Renee) and Dr. Donald (Cathy). Grandfather to David, Jessica, Victoria, Olivia, Sarah (Chris), Parker, Tyler, Rebecca, Charlie, William, Ruth, Hazel, Mitchell and Great-Grandfather to Jack Hudson Glasier Rhind. Glasier also had many nieces and nephews from the MacLean, Ainsworth and McFadgen families.Cherished by sisters-in-law Bev Parsons (Trevor), Myrtle Bailey (Wayne) and brother-in-law Robert McFadgen (Mabel). Predeceased by his older brother Donald Andrew Jr. Survived by his loving sisters Suzanne MacLean and Janice Ainsworth (Rod). Glasier graduated from Rothesay Collegiate School. He then went on to pursue his passion for science, medicine, and ophthalmology at university, attaining degrees from University of New Brunswick, Dalhousie University and University of Toronto. Glasier had a long, rewarding and distinguished career as a Toronto ophthalmologist. He was associated with North York General Branson and Sunnybrook hospitals in addition to the Toronto Eye Clinic. He had a unique, caring rapport with his patients and was renowned for his attention to the details of their lives and families. Throughout Glasier’s life, he loved history, music, current events, politics, reading and cars. He embraced technology and gardening.He also enjoyed travelling to his home in DeBary, Florida and the cottage at Grand Lake, New Brunswick. He was a lifelong Conservative, belonging to and holding an honorary membership at The Albany Club and a member of The Granite Club. Visitation will be held on Wednesday July 31, 2019 from 7:00PM to 9:00PM at Jerrett Funeral Homes, 6191 Yonge Street, Toronto, ON M2M 4K4. The funeral will be held in the chapel on Thursday, August 1, 2019 at 2:00PM. The family asks for donations to be made to Scotchtown United Church, c/o Flora Atyeo, 1111 Route 690, Maquapic Lake, New Brunswick E4B 1R2 Condolences may be sent to https://www.dignitymemorial.com/obituaries/toronto-on/glasier-somerville-8791838
See more See Less

In Memory Of Dr. Glasier Somerville