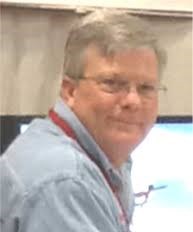 Michael D. Karnes, Brownsburg, passed away January 1st at the age of 64. Mike was born June 14th, 1956 in Lafayette IN to Paul “Bud” and Marjorie Karnes. Mike was a superhero to his wife, children, and grandchildren and was known to be able to fix anything. He had a lifelong passion for Precision Scale Aerobatics. He was IMAC (International Miniature Aerobatic Club) President for 6 years. Mike also loved fishing, bowling, golf and his dog Molly. He worked as a Service Manager for Laundry and Tan Connection for 20 years and prior had been in the printing business since he was a teenager. Mike is survived by his wife Jo Ann D (Balph). Mike and Jo Ann met in 1st grade, reconnected in 2015 and lovingly married October 19th, 2017. Mike is also survived by his children; Kim (Oshu) Huddleston, Justin (Stacey) Karnes, David (Tiffany) Karnes, 4 grandchildren, and 4 step-grandchildren, brother, Matthew Karnes, and 2 nieces. He was preceded in death by his parents and brother Greg. Memorial services will be held at a later date.
See more See Less

In Memory of Michael David Karnes