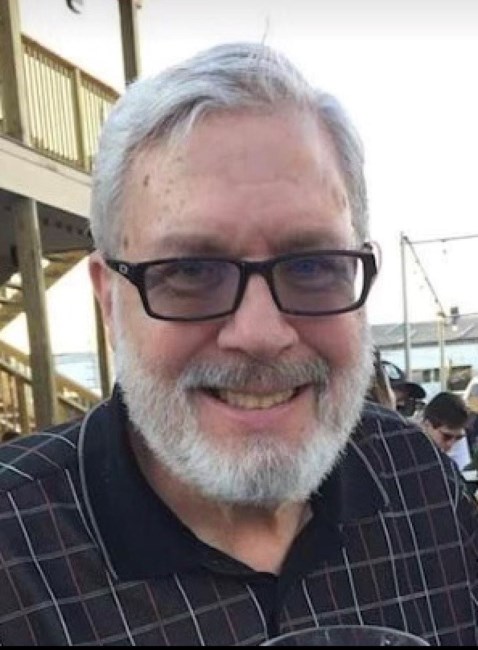 Bruce Allen Dobson was born January 22, 1952, to Jane & Irvin Dobson. He grew up on the eastside of Indianapolis on Pleasant Run Parkway. He had wonderful memories of childhood adventures in Christian Park. He loved family camping & boating trips with his parents and younger siblings Dede (Delaney) and Dan (Dobson). Bruce attended Howe High School where he participated in football, basketball, track and played trumpet. Throughout his life, he remained close to his eastside friends. He attended all reunions and loved catching up with everyone at the Shi-Kay Bar & Lounge. He married Jane Meloy on August 1, 1981. She was the light of his life and always said she made him a better man. He is survived by his wife and their three children: Katie, David and Julie. Bruce commonly referred to his children as his "Trip Aces." The kids shared their dad's love of family, sports, competition and concerts. They could always count on dad to help them through the highs and lows of life. He encouraged them to live life to the fullest and always reminded them that he was only a phone call away. Katie and her husband, Chris Stocker, welcomed Bruce’s grandchild in July 2021. Arthur David Stocker and his Pops loved to Facetime each day. Arthur would squeal with glee whenever Pops came on the phone. David married Kelly Hourihan on August 1, 2020, which was Jane and Bruce’s 39th anniversary. Bruce felt this was such a blessing and honor. He was so proud of David for his huge heart, kindness and work ethic. He felt Kelly was a “keeper” and had always been part of the family. Julie shared with her dad an intense love of music and the ability to connect with people. She helped care for him throughout his last days. Bruce had the softest spot for Julie as she was a light in his eyes and a joy to his heart. Bruce attended the University of Illinois and was a starting offensive tackle for 3 years. Not a day would go by where he didn’t share a story of his time with the Illini. When all three children followed in Jane’s footsteps by attending Purdue University, Bruce said he would wear Black and Gold but would always bleed Orange and Blue. He enjoyed bringing his family to Illinois football games and cherished the close relationship they had with his college friends. Bruce loved athletics and spent his life playing, watching, cheering & coaching a variety of sports. Bruce could weave sports highlights into any conversation and gave many deserving people the title of “Coach.” He cheered for his kids regardless of the activities they chose. They knew they could always look to the crowd and their dad would be there supporting them. As the kids started to focus on volleyball, he even purchased many volleyball books to truly learn the game. He was and will always be their #1 fan. Bruce was also an Irish Dance dad. During the month of March, he would drive his kids throughout Indianapolis to all their Irish dance performances. On St. Patrick’s Day, you could find him in his green sports coat with an Irish beer and a big smile. As his kids became adults, his continued helping drive his kids around and nicknamed himself the Tijuana Taxi. His love of music was contagious, and he cherished the opportunity to share a song or story from one of his Top 5 Bands. His top 5 always changed, but you could count on Led Zeppelin, The Beach Boys and The Who to be mentioned. Led Zeppelin was the prominent soundtrack for the Dobson household. He took his kids to their first concerts and always stayed up to date on their favorite bands and songs. He would frequently rock out in his car and was a master air guitarist and drummer. His ears were always ready to hear another great song! Bruce will forever be missed. His wife & children will always continue to share his love of music, sports, the Fighting Illini and family with all those they meet. Bruce, Dad, Pops, Dobby… we’ll see you when we see you. Visitation for Bruce will be held Saturday, January 22, 2022 from 9:30 AM to 11:00 AM at St Pius X Catholic Church, 7200 Sarto Drive, Indianapolis, Indiana 46240, followed by a funeral mass at 11:00 AM. Bruce will be laid to rest in St. Patrick's Cemetery, Benton, Wisconsin. Fond memories and expressions of sympathy may be shared at www.feeneyhornakkeystone.com for the Dobson family.
See more See Less

In Memory Of Bruce Allen Dobson