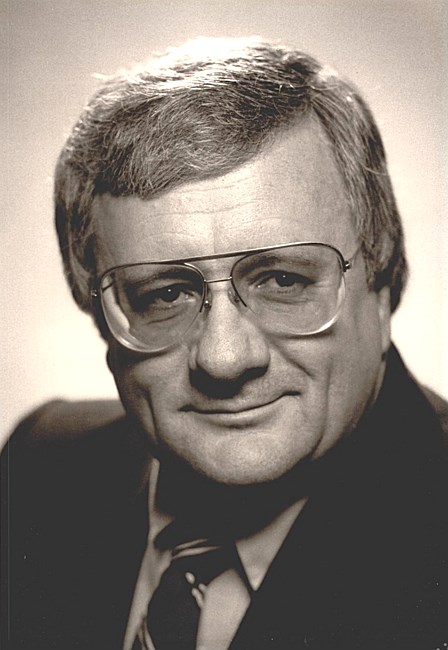 FRASIER, David Gregory Sr., went to heaven on April 26, 2019, and joined his son, Jeffrey Scott Frasier. He is survived by his loving wife of 61 years, Rosemary Denzler Frasier; devoted son, Greg Frasier (Ann); adored grandson, Hunter Frasier; sister, Harriet Parker (Bobby); several nieces and a nephew; and a cousin, Kay Fields. As Vice President of Operations and Chief Engineer at WWBT Television, he shared his knowledge with those he worked with for 39 years. He was always a giving and loving person who enjoyed helping others achieve their goals in the workplace and giving advice when asked to do so. In 2000, he was awarded Engineer of the Year by the Virginia Association of Broadcasters. He was an Army Special Forces veteran, Green Beret, serving during the Berlin crisis. Coaching one of The Quarterback Club basketball teams gave him enjoyment. He coached his sons many years until they went on to play for their school and even then he continued coaching. Working on The Autumn Harvest Committee was another activity he enjoyed, especially on parade night. Scuba diving, underwater photography, water skiing and boating on "Big Blue" with friends at Lake Gaston were some of his other interests. He loved all sports, especially UNC basketball. We will sorely miss the rock of our family. Love never dies. In lieu of flowers, donations to The American Diabetes Association or a charity of your choice would be appreciated. The family will host friends at a celebration of David's life at Woody Funeral Home, Huguenot Chapel, 1020 Huguenot Rd., Midlothian, Va. 23113 on Saturday, May 4, at 4:30 p.m., with a visitation following. Casual attire please.
See more See Less