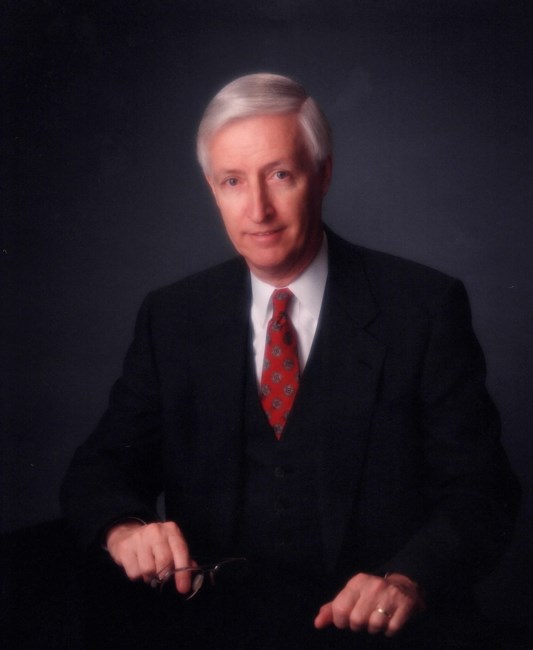 On May 19th, 2020, David Dougherty, loving husband and father of two, passed away at the age of 86. He was born in 1933 in Towson, Maryland to Alice Abbott and David Dougherty. Later, he earned his Bachelor of Science from Washington College, Master of Business Administration from the University of Rochester, and Juris Doctor from the University of Maryland. In 1961, he married Beverly Ameduri. Together, they had two daughters, Elisa and Karen. They spent time in Ohio, New York, Connecticut, Maryland, and Virginia. His professional career spans decades and continents. As a patent lawyer, he served in key leadership roles for two Fortune 500 companies and also to several international law firms. Most notably, he served as keynote speaker at the King Fahd University of Petroleum and Minerals in Dhahran, Saudi Arabia for scientists and engineers from 20 different Saudi Universities. He also spoke at the National Centre of Excellence in Analytical Chemistry, University of Sindh (Pakistan), Ninth and Tenth Research Conferences at the United Arab Emirates University (U.A.E.) and served as judge and speaker for two Inventors Fairs of the Middle East (Kuwait City). He presented more than 40 seminars to professional and academic audiences across Asia, Europe, the Middle East, North America, and South America. A lifelong intellectual, David is the author of two books, From Technical Professional to Corporate Manager and From Technical Professional to Entrepreneur. Additionally, David served on two United States government/industry delegations to Eastern Europe and Russia and was contributing author to US/USSR Technology and Patents and US/Eastern Europe Technology and Patents. Outside of work, he was a competitive racecar driver, an avid downhill skier, and international traveler. David is survived by his wife, Beverly, his daughters, Elisa Metzger and Karen Buchholz, and five grandchildren. In lieu of flowers, David’s family has requested charitable donations to his beloved Alma Mater, Washington College. Washington College Office of College Advancement 300 Washington Ave. Chestertown, MD 21620
See more See Less

In Memory Of David E. Dougherty