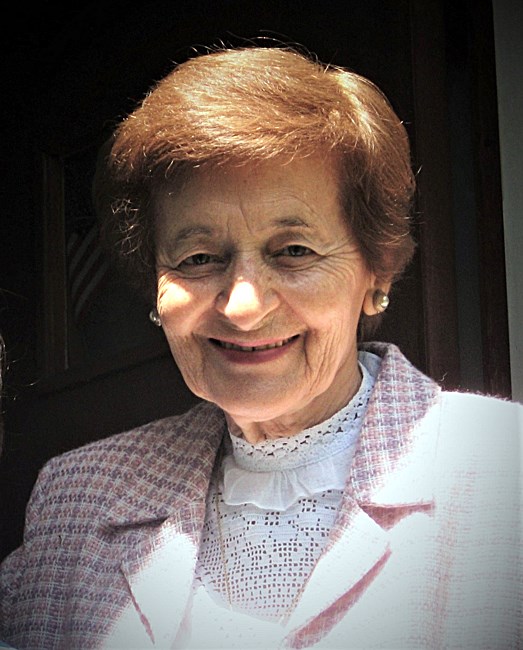 Angela Budi, beloved aunt, devoted church member, and longtime federal employee, died on Tuesday in Arlington, VA. Vanghelitsa, as she was known to her family, worked for more than 40 years at the Interior Department headquarters, where her sun-drenched office became home to a sprawling garden of African violets in myriad shades. She had a green thumb for people too, ministering to their needs and soothing their spirits with her gentle ways. Vanghilitsa spoke several languages and loved to travel. Her sparking green eyes and ready smile made her a favorite with young and old; her exceptional kindness touched everyone who crossed her path, from New York and Paris to small towns in West Virginia or her native Greece. A member of the Holy Cross Romanian Orthodox Church in Alexandria almost since its founding, she served as president of the ladies’ auxiliary for many years. She cooked and served meals after Sunday service every week, organized fundraising bazaars, and tended to the welfare of everyone from Sunday school students to the priests. Born in Grevena, Greece, Vanghilitsa was a Vlach, or Aromanian, a dwindling ethnic group in the southern Balkans whose members speak a Latinate dialect. Every summer growing up, she and her sisters would go to their beloved Vlach village, Perivoli, tucked away in the Pindus Mountains of northern Greece, where they played in virgin forests and clear, ice-cold streams. She lived through World War II and settled in Salonika before moving to the United States to be with her immediate family. Perivoli was Vanghilitsa’s real-life Shangri-La, the place she brought to life in stories for her nieces and great-nephews and where she returned every summer until she could no longer make the journey. Vanghilitsa leaves behind her loving nieces, Ana Chiacu and Doina Chiacu; devoted nephew-in-law, Ron Kampeas; and adoring great-nephews, Nicholas Kampeas and Nathaniel Kampeas. She is also survived by her caring brother-in-law, Andrew Shillira of Fairfield, CT, and numerous cousins in Greece who were very dear to her. She is predeceased by her sisters, Machia and Alexandra; brother, Vasil; and brother-in-law, Nicholas Chiacu. In lieu of flowers, donations can be made to Holy Cross Romanian Orthodox Church, 5150 Leesburg Pike, Alexandria, VA 22302.
See more See Less

In Memory Of Angela Budi