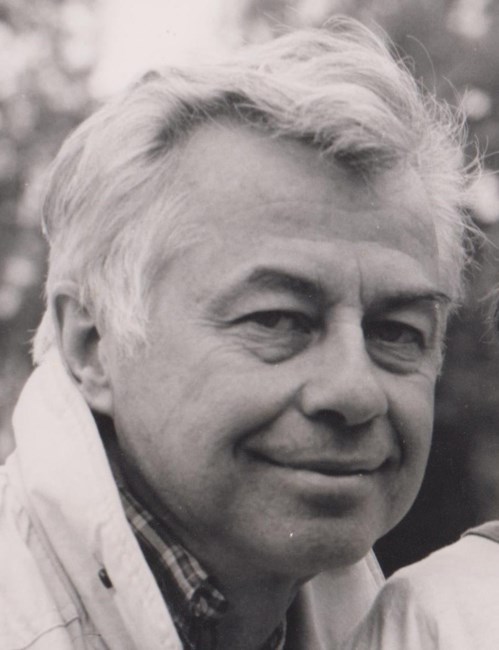 George F. Harkin, 80, of Arlington, VA, passed away on June 18, 2018 with his wife, Charlene, by his side. George was born and raised in Queens, NY, the 4th of 5 children to parents George and Ellen. George was a good student who took great pride in a handwriting award he won in grade school. He was also an athlete, who for the rest of his life had three false teeth due to a “misunderstanding” with a competitor at a track meet. After high school George went into the seminary at Maryknoll in Ossining, NY, and then served as a missionary Catholic priest for many years in Taiwan. While there he also worked with the local Hakka people to develop and write one of the first English textbooks for the Hakka language. He eventually chose a new path in life, leaving the priesthood to return to the United States. He went back to school, receiving a Masters degree at the University of Hawaii, and through a number of jobs worked his way to becoming an intelligence analyst for the Drug Enforcement Administration (DEA) and later the National Drug Intelligence Center (NDIC), both agencies under the Department of Justice. George met his wife, Charlene, through his sister, Maureen, and in turn introduced Maureen to his friend and her future husband, Bill. George and Charlene had three children and also provided a home to many foster children over the years. The family lived in VA, NY, Hong Kong, and eventually settled in Arlington, VA. George was very involved in the Church and the community as a youth basketball coach, a scoutmaster, a parish usher, and for 17 years served as a volunteer contractor for the Diocese of Arlington’s WorkCamp. While briefly living in Pennsylvania after retirement, he volunteered with the prison ministry. George enjoyed fixing things around the house, usually because he had the skills to do so, but often because he never wanted to pay for something he could attempt himself. He greatly cherished his large family and his many friends from the various chapters of his life, entertaining them on St. Patrick’s Day and writing long messages to them on annual Christmas cards. He was a very good man who will be greatly missed by his family and friends. George is survived by his wife, Charlene; their children: Julie Law (David), Molly Wagoner (Michael), and Tim Harkin (Stephanie); his 5 grandchildren: Nora, Natalie, Margot, Burke, and Alice; his sisters: Eileen McDermott, Kathleen Canoro, and Maureen Sweeney; his sister-in-law Patsy Harkin; and numerous foster children, nieces, and nephews. He is preceded in death by his parents George and Ellen Harkin; his brother Eddie Harkin; and his brothers-in-law and friends, Bill McDermott and Bill Sweeney. A wake will be held on Monday, June 25th from 6pm to 9pm at Murphy’s Funeral Home, 4510 Wilson Blvd, Arlington, VA 22203. A funeral Mass followed by a celebration of life will be held on Tuesday, June 26th at 11am at St. Ann Roman Catholic Church, 5312 10th St. N, Arlington, VA 22205. Interment will take place at a later date. In lieu of flowers, memorial donations can be made to the Lewy Body Dementia Association ( www.lbda.org/donate ) or to the Maryknoll Society ( www.maryknollsociety.org ).
See more See Less

In Memory Of George F. Harkin